Between now and when we reach the end of the Alaska Highway at Delta Junction in Alaska we will be describing most of the blogs with reference to a historical mile marker.  This is because we are traveling through an intriguing history of the highway and mile markers are ingrained in its history.  Most importantly, our tool or tour guide in this adventure  is the the MilePost.  It is a an inch thick book that provides mile-by-mile descriptions of the highways and byways of the north and tells you of campgrounds, food and lodging, gas, turn outs, litter bins and warns you of steep grades, wildlife and more. So if you are planning a trip to Alaska and Northern Canada, get yourself an updated Milepost which comes out every March.

The Milepost and a large planning map, which is included.

Our drive was again ushered with vista after vista one after another and we are seeing green hills and forests  as far as the eyes can see and every turn we made.  Simply beautiful !

The road was good so far except for the 4 mile stretch with loose gravel starting at  mile 227.  Overall the highway is clearly marked for any hazards on the road and or any constructions going on.

We arrived at Mile 162, where we spent the night after three hours of mountain driving. This is also a historical marker as this is where  one of the first wooden bridges was completed, the  Sikanni Chief River Bridge.  It was significant, since the 300 foot wooden bridge was completed in 84 hours. Unfortunately the bridge burnt down in 1992 and has been replaced.

The following day we left for Fort Nelson which is located at historical mile 300 and spent the night there. We explored the Ft Nelson Heritage Museum, a must if you are in the area. The museum was started by Marl Brown in 1957 and now has grown big with impressive  collections of pioneer artifacts, highway construction displays, vintage autos and much more.  This is also the location of the Alaska Highway Veterans and Builders monument, a commemoration of the workers who helped build the Alaska Highway.

Now we are leaving for Muncho Lake and the next blog will be dependent on internet access. So far we had been lucky with good  wifi connection. Have a great Sunday.

RV Parks we stayed in: 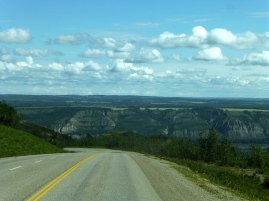 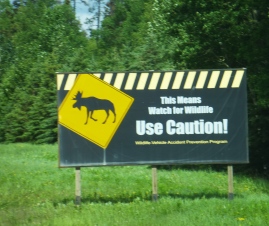 That’s why we all have to slow down 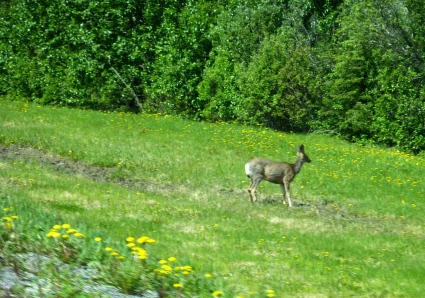 The only Deer we saw 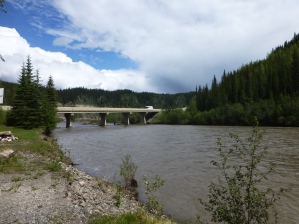 What is left of the wooden Sikanni Chief River Bridge 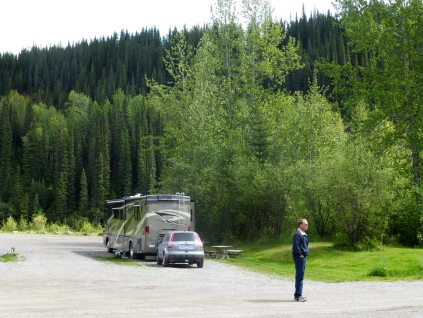 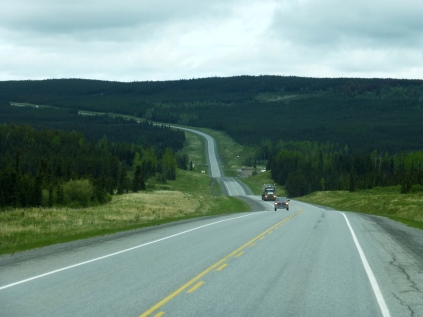 Four miles of loose gravel. These guys will not slow down for anyone so watch out.

The museum is also a memorial

The founder riding on his crooked bike

Inside of heritage Museum 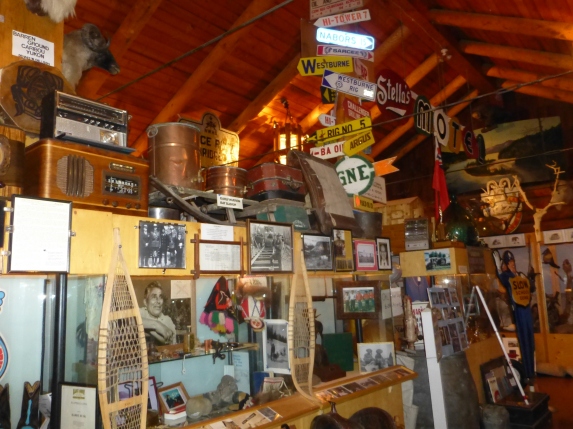 Categories: British Columbia, Canada, Where we have been