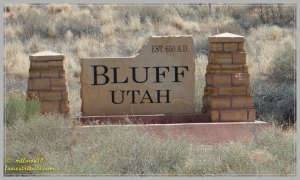 Bluff is a great home base for several adventures in the area, all surrounded by incredible scenery.  As I mentioned in my last post, this was our second visit here and I’d published two posts of our previous explorations a couple of years ago:

Having experienced/viewed/photographed the jaw-dropping scenery here, we focused our energy this time on exploring more ancient ruins.  You see, the southwest and in particular the Four Corners region (CO, AZ, UT, NM) was the heart of the ancestral Puebloan culture.  They lived here eight centuries ago and left behind impressive and well preserved rock art and village ruins.

Also known as the Anasazi Basketmakers, the ancestral Puebloans were the first humans to establish permanent settlements in the area – building small pit houses at first, then larger, multi-roomed cliff dwellings.  Some now have well-marked trails to them, while others are not shown on maps, remaining unknown and maybe even undiscovered.  During this visit we checked out Hovenweep National Monument and the Citadel Ruins.

This monument is an hour’s drive from Bluff, located in canyon and mesa country north of the San Juan River.  It spans the UT/CO border and consists of six separate village ruins.  Of the six, we visited Little Ruin Canyon, which featured a collection of structures clustered along its rim.

We followed the Rim Trail loop, where most of the dwellings stood right on the canyon rim while others sat atop irregular boulders.  The unusual architecture featured round towers and square or D-shaped structures grouped at canyon heads.  These fine ruins have withstood 7 centuries of weathering and were designated as a national monument in 1923.

We pondered what life must have been like way back then, the canyon abuzz with sounds and activities.  The fact that parts of these structures remain standing is a testament to the skill used to build them.

On another day we intended to hike the Lower Fish Creek Ruins only 18 miles from Bluff.  But after driving 4 miles on loose and sometimes deep sand, we gave up after getting stuck a couple of times (no AWD on our CRV).  With the winds here, a lot of sand can collect on the roads in a short amount of time.

Figuring out a Plan-B, we proceeded to drive an hour to Cedar Mesa to hike the Citadel Ruins, a trek John and Pam had completed a couple of days prior.  Using their post as our guide, we heeded their warnings about the rough road out there and parked the car about a mile short of the trailhead.  But just the drive to Cedar Mesa brought back fond memories:

The first part of the hike to the Citadel was fairly easy, but we eventually had to figure out how to get down to the “land bridge” leading out to the end.  We finally found a route across slick rock and scooted on our butts a couple of times to resume our route. 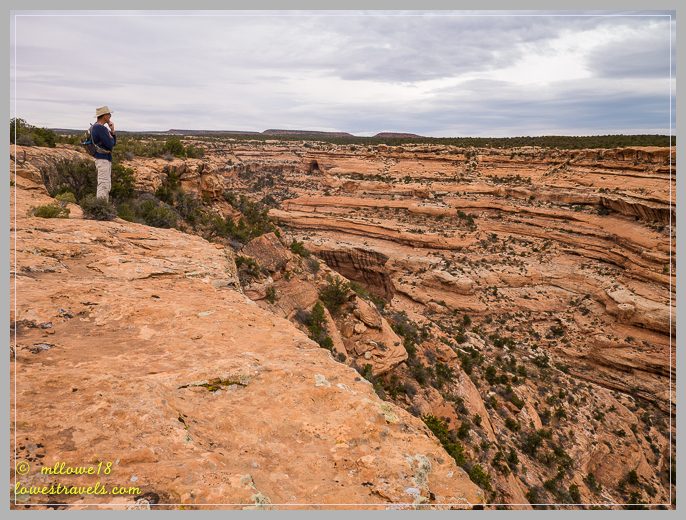 It’s only when you’re at the base of the Citadel that you can see the ruins.  Hidden under a ledge, it would have been an excellent place for a defensive stronghold.  But we did wonder about the effort it must have taken to get water up here from the creek bed some 500′ below!

Our stay also happened to coincide with Bluff’s 2nd Annual Founder’s Day and Frybread Festival.  The city of Bluff was founded in 1880 by the famous “Hole in the Rock” expedition of Mormon (Latter-Day Saints) pioneers, whose mission was to establish an agrarian community on the San Juan River.  We patronized the event by purchasing pizza from the lunch truck, and by clapping loudly when descendants of the pioneers walked by in the parade so they’d throw lots of candy at us! 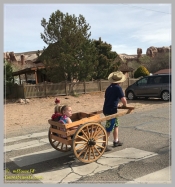 We watched a Navajo mother and daughter demonstrate how to weave a wedding basket, explaining the design symbolism just as our guides at Monument Valley and Betatakin Ruins had: 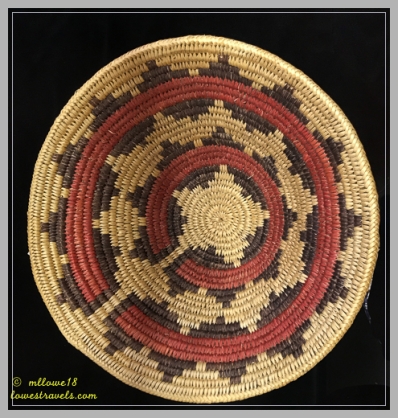 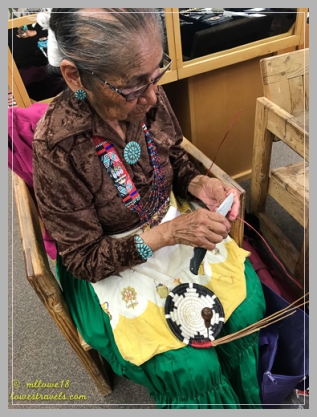 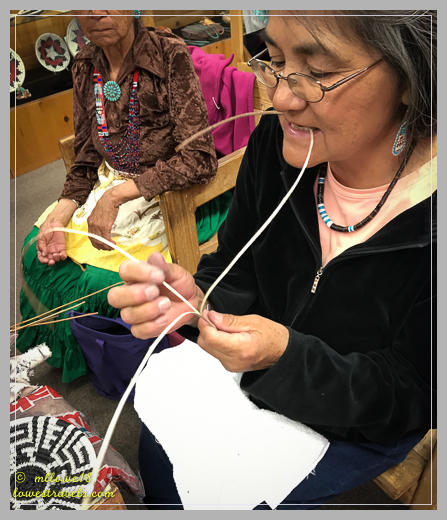 We were a bit melancholy at our goodbye happy hour, as John and Pam were heading back to Boulder City to finalize the purchase of their new home.  But at the same time we were glad that we’d be meeting up with Dave and Sue at Moab, our next stop.