From the tall grass prairie we moved closer to civilization and made Lawrence, Kansas our next home base.  The ongoing heat and humidity caused us to limit our outdoor activities somewhat.  We toured a university and the state capitol, enjoyed some Kansas-style barbecue and briefly crossed state borders into Missouri.

I learned here that the mascot is the Jayhawk, and the mythical bird with big yellow shoes got its name from the pre-Civil War border wars between abolitionist Kansas (Jayhawkers) and pro-slavery Missouri (Bushwhackers).

The university is host to several museums, including the University Natural History Museum.

While at Lawrence, we managed to squeeze in an early-morning hike at nearby Clinton Lake State Park before the heat came on.  Things got off to an exciting start as we encountered two snakes within the first moments of entering the trail.  We were beginning to think this wasn’t going to work out, but there were were no further scaly encounters although we walked through a lot of spider webs, being first on the trail.

The following day we drove across the state border into Independence, Missouri to visit the Harry S. Truman Library and Museum.  We were disappointed to see a “closed” sign upon our arrival, and were told some sort of environmental issue had just occurred.  So instead we watched a short movie about the 33rd President at the Visitor Center, then viewed his home from the outside (tours of the home were booked for the day).

Truman’s hometown legacy was ever-present on the streets of Independence, where his silhouette sporting a hat and cane adorned the street signs.

As we were driving around town, something gleaming on the skyline caught our attention – a twisting silver spire peaking out above the trees.  We drove to it and learned that it is the Community of Christ Temple.  It was one of the most unusual landmarks we’ve seen – the temple supports a ceiling shaped like a nautilus seashell.  We wanted go inside for a look, but it was still closed that morning.  Wow, we were really striking out today!

To salvage the day, we headed back into Kansas City for some finger-licking good barbecue.  Of course, there are hundreds of barbecue joints here, but we wanted to sample a delicacy known as the “burnt ends”.  We shared a burnt ends sandwich and a more traditional pulled pork sandwich.

But my favorite is beef ribs, and this place didn’t have them.  So, off we went to another place known for its beef ribs, and we got an order to go for dinner.  And ohh it was delicious!  I have no pictures because I didn’t want to get barbecue sauce on my camera.

On another day we drove to the state capital of Kansas to tour the magnificent capitol building.   Taking both the Statehouse Tour and the Dome Tour helped bring life to the story of the construction and architectural history of the place.  From floor to floor we heard colorful Kansas history, and took notice of the array of dramatic art and sculpture.  There are so many beautiful facets to this building that I have far too many pictures to fit in this post 🙂

The Statehouse Tour covered the first 3 floors of the building.  The recent major renovation to restore it back to its 20th century appearance occurred between 1999-2014, costing $332 million (10 times the original cost for the whole place).

Notable Kansans who made a significant impact on the state and the nation had a separate hallway near the lobby. 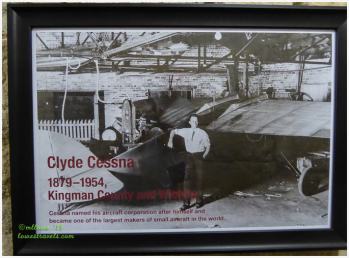 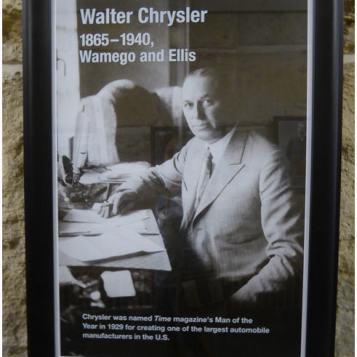 The Dome Tour was an exciting climb to the top, walking along the inner and outer domes connected by a series of stairs and landings.  We scaled the 296 steps, with stops along the way to admire the elaborate architecture. 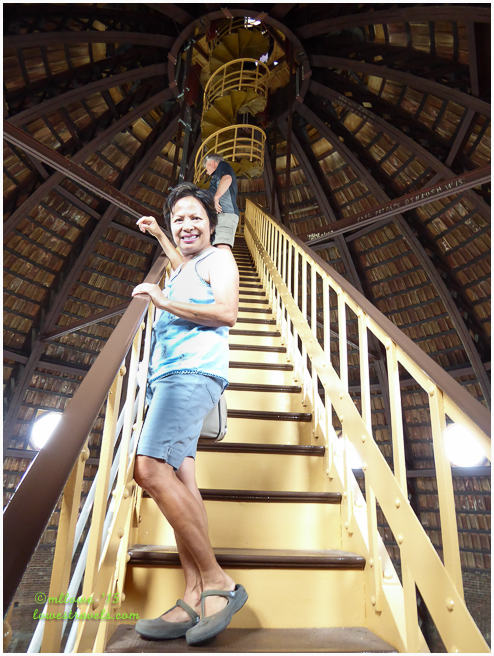 The statue at the top of the dome is of a Kanza Indian warrior aiming an arrow at the North Star. It is named “Ad Astra”, taken from the state motto – Ad Astra per Aspera – meaning “to the stars through difficulties.”

The narratives from both tours and the historic pictures, beautiful murals and relevant artifacts gave us a good glimpse of Kansas’ past.  These are absolute “must do” tours if you’re ever in the Topeka area, and they’re free – as is the parking under the capitol!

I intended this to be my final post about Kansas, but it got so long that I have to stop here and do one more final installment.