Traveling through and around the Gorge is easy, and to really experience the Gorge is to drive  from east to west or vice versa depending on where you originate from.  It should also be driven following State Route 14 on the Washington side and the busier highway 84 on the Oregon side, or much will be missed.  The breathtaking beauty of the Gorge and surrounding areas are full of remarkable views depending on your direction, time of day and weather.  State Route 14 (a.k.a Lewis and Clark highway ) and I-84 are both scenic highways, and driving them completes the Gorge Loop and one must stop along the way to take in the various sights and towns.

We arrived at the Gorge from the east, Washington side on State Route 14, and what we saw from there were sweeping views of the Gorge, gigantic rock formations, quaint towns, vineyards and Mt Hood. 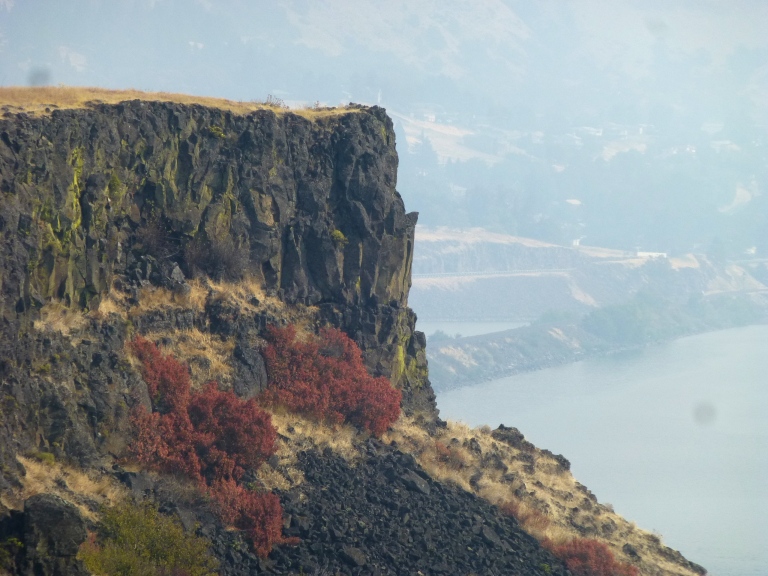 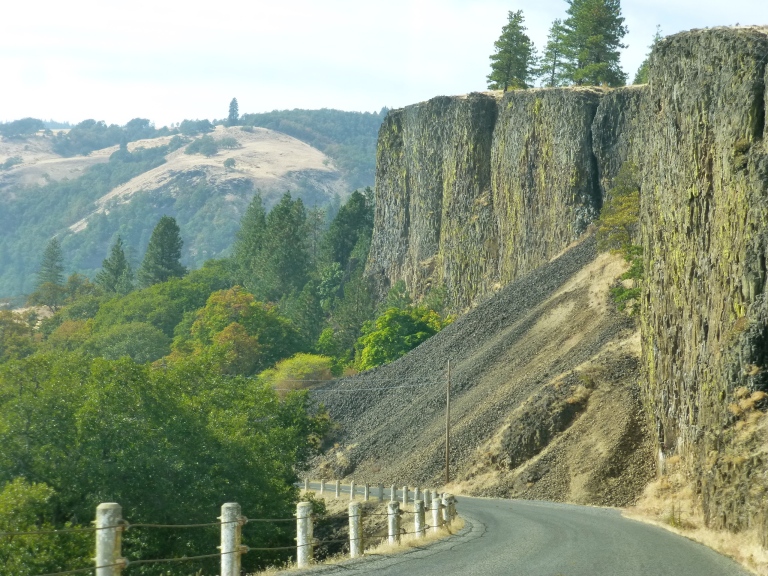 The Historical Columbia River Highway (Oregon) is another option to travel back in time circa 1913,  a winding road amidst lush green trees and stonework construction.  On the east end we took the 9 mile scenic route paralleling I-84, climbing to the Rowena Plateau and stopping at the Rowena Crest Overlook which is the eastern companion to the Crown Point Overlook on the west.  The dramatic views of the Rowena Loops and the dry eastern landscape are not to be missed. 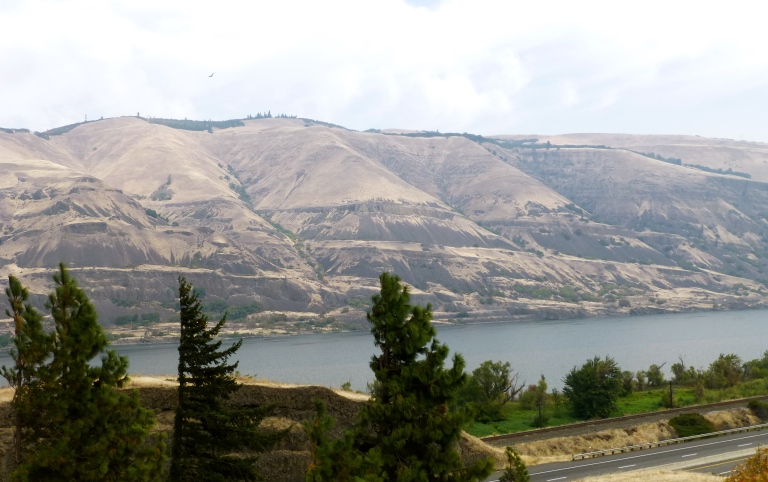 On the west end of the Historical Columbia River Highway, our drive took us to the many beautiful cascading waterfalls and lush greenery that we described in part 1 of this post.  We began the drive  at Chanticleer Point which has astounding views of the river and the Gorge that can be seen from the tops of cliffs.

Continuing down the Byway, we arrived at the Vista House at Crown Point, one of the most photographed sites along the Historic Columbia River Highway.  In 1913 Samuel Lancaster, the highway’s chief engineer, believed that this outcropping of land located atop a 733-foot sheer cliff overlooking the Columbia River was one of the most spectacular vistas in the world.  We agreed.  It was a view to behold.

On another day we drove the Mt Hood Scenic Byway (approx. 145 miles) and the entire trip is picturesque with Mt Hood as the focal point.  At 11,245 feet, Mt. Hood is the highest point in Oregon, the fourth highest peak in the Cascade Range and one of the state’s most recognizable landmarks.  Starting from the west we came into  the timberline and this byway lead us through classic Oregon scenery.  At the end of this drive we made several stops in the Hood River Fruit Loop, a scenic driving route that takes you around to several local farms where you can pay a small amount for U-pick fruits and other goodies.

We took a quick detour from SR 14 (WA) and drove up Old Highway 8 where we enjoyed more outstanding views of the Gorge and some good wines at the local wineries.  Oh yeah, we bought a few bottles too!

We were advised that this area is beset by mountain fires this time of the year.

So have we covered and seen everything?  Despite a week stay here, there are still nooks and crannies in the gorgeous Gorge to be explored.