We finally arrived at Sydney around noon on the 10th, and the silver lining of missing Melbourne was an extra half-day here.  The city – especially the harbor – is amazing, more than pictures can convey.  With a population approaching 5 million, I don’t even want to mention what traffic and parking are like.  Suffice to say that folks somehow get around using a myriad of transportation options – driving, light rail, ferries, buses, biking and walking.

Madness prevails during commute hours, and with very little parking downtown and most of the older homes without garages, driving personal vehicles is as bad or worse than the situation in many congested U.S. cities.

Mona Liza’s cousin Marilyn and her husband Dennis braved the craziness, driving to White Bay Cruise Terminal to pick us up.  They kindly gave us an excellent tour of some of the outlying areas of the city, and then we walked through Kamay Botany Bay National Park and viewed several significant sites, remarkable landscapes and heritage-listed attractions:

We stopped for a great lunch and then visited their beautiful home before heading back to the ship.  A busy first day for sure, and sightings of some new birdies made Mona Liza smile 🙂 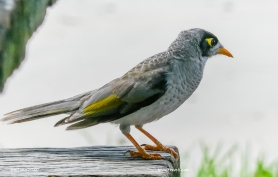 Noisy Miner – and it is noisy!

Our included Sydney Panorama Tour began early the next morning.  It was a typical bus tour of the area, and a pretty good one.  We visited Circular Quay and enjoyed various views of the harbor, bridge and opera house as we got another history lesson on our way to Bondi Beach.

Since we’d been to the beach before, we spent our time walking to a nearby restaurant to see if the raved-about flat white coffee was as good as we’d heard.  It was exceptional, and after hustling back to the bus we returned to the ship just in time to make our next appointments, with each of us doing a separate one.

I did the climb to the top of the Harbour Bridge, which I’d been wanting to do since the last time we were here in 2006.  I can’t recall why I couldn’t do it back then, but I wasn’t going to miss it this time.  It was a great climb on a beautiful day, and another item checked off the ol’ bucket list!

Surprisingly, Mona Liza had zero interest in any bridge-climbing escapades, and instead she opted to spend the afternoon with old friends from the Philippines who have since made Sydney their home… 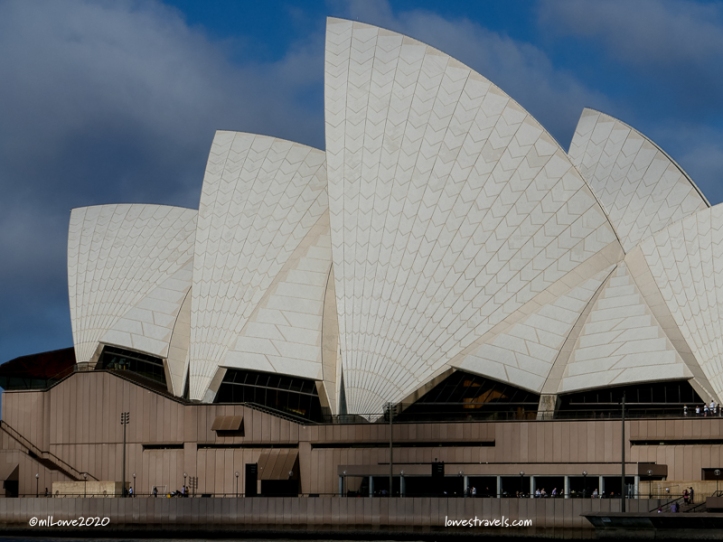 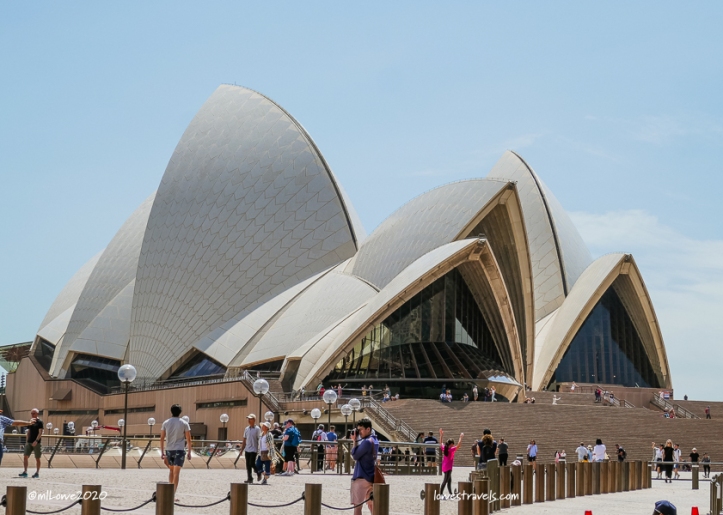 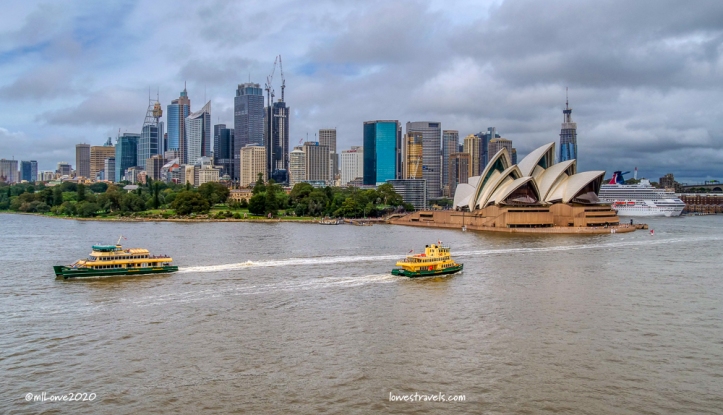 This was a full-day excursion that started with a 2+ hour bus ride high into the beautiful Blue Mountains, a UNESCO World Heritage Site.  We stopped at a place called Scenic World, a former coal mining operation that now features several attractions including the world’s steepest railway, a skyway tram and a scenic walkway through lush temperate rainforest.  Unfortunately, the weather didn’t cooperate.

Our first stop was at an overlook where we were supposed to see the Three Sisters Rocks formation, which is famous here.  Unfortunately, low clouds and fog completely obliterated the view and we saw nothing.  So on we went to the scenic skyway, which ended up being a non-scenic ride through a thick cloud.  After that, things started clearing up slightly and the steep railway ride and walk through the forest were quite enjoyable. 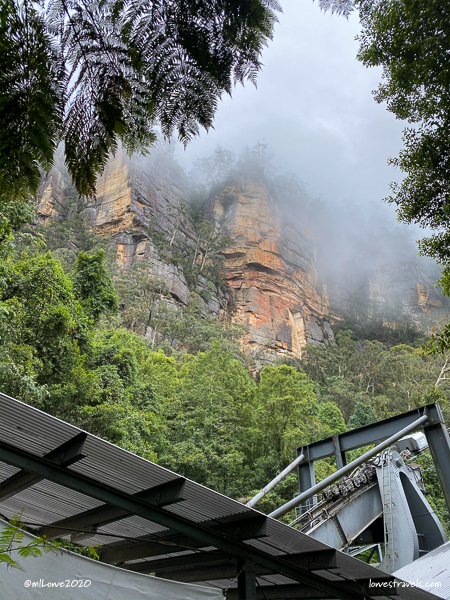 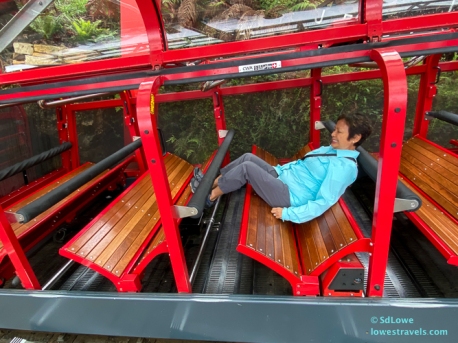 At a 52º incline, this railway is billed as the steepest passenger train in the world

This is the route the coal cars used to take

Our next ride on the scenic cableway took us down 1,788′ to the valley floor, where we went on a nice stroll through an ancient temperate rainforest: 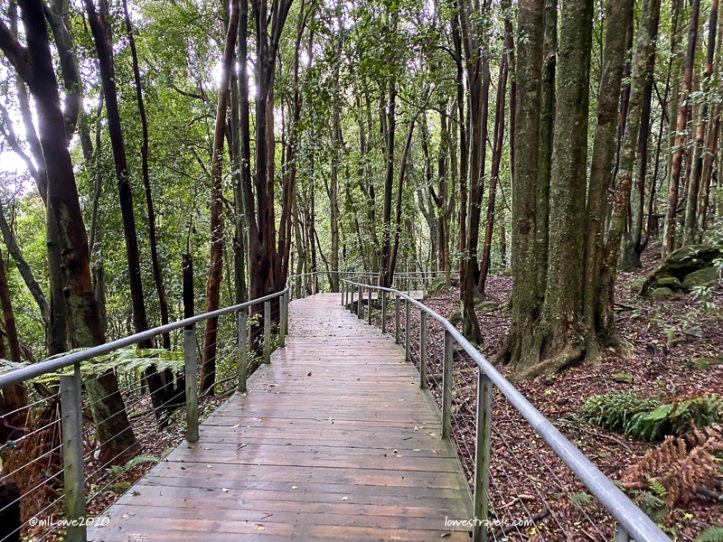 We re-boarded the bus and headed to the nearby Carrington Hotel for a nice 2-course lunch, then onward to the little town of Leura for an hour of walking around and browsing in the small shops there.  It was a good way to burn off some calories before the long journey back to the ship.

We finished the day with a celebratory drink as the ship cruised under the Harbour Bridge once again toward the open ocean.  Dinner and conversation with friends was a great end to a long and fun day: