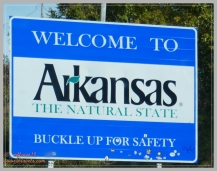 From Oklahoma City we continued our eastward trek into Arkansas and spent a couple of days (Oct 30-31) camping at Springhill Park, an Army Corps Of Engineers (COE) Campground.  It was a great place to get away from urban noise and be under a canopy of trees and chirping birds.  We had the park mostly to ourselves and loved the solitude of being close to nature.

On our way to Little Rock, we encountered our first traffic jam caused by a bad accident.  We sat for a half hour, but it felt like an eternity.

Our next home base while exploring Little Rock and Hot Springs was Maumelle Campground, also a COE campground located alongside the Arkansas River.  While here we sat through another severe storm that created a nice reflecting pool right next to our site! 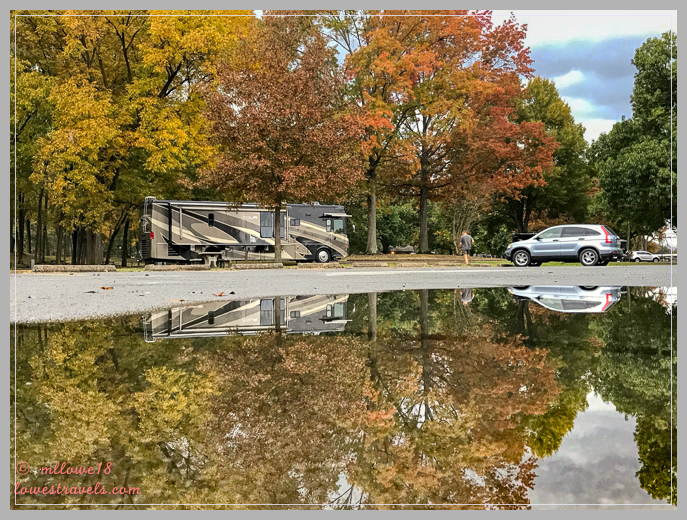 Our first exploration when the weather cleared was a drive to Hot Springs National Park.  What makes this park unique is that it makes up part of a city, rather than being located miles from developed areas.  It encompasses a 5,500-acre area that preserves geothermal spring water and resources related to therapeutic bathing.

The hot water “with magical powers” coming out of the earth at 143º has been routed through the city’s bathhouses via an underground aqueduct.  Quite ingenious, and essential to the success of the city for over 100 years.

The park protects 47 hot spring as its primary resource and collects 700,000 gallons a day for use in the public drinking facilities and bathhouses. The water is drinkable and it’s provided free of charge and had we brought a container we could have taken some home.

The hot springs were protected by Congress as Hot Springs Reservation in 1832, and in 1921 as Hot Springs National Park – the oldest protected area in the National Park System – was created.  We can tell you from personal experience that they remain popular, as we were unable to get reservations for a private bath area during our stay.

We took a self-guided tour at the restored Fordyce Bathhouse, located in the middle of Bathhouse Row.  Inspired by bathhouses in Europe, Fordyce is said to have achieved the “Golden Age of Bathing”, considered to be the ultimate at the time.  We checked out 23 restored rooms furnished as they appeared during the heyday of the spa from 1915-1962. 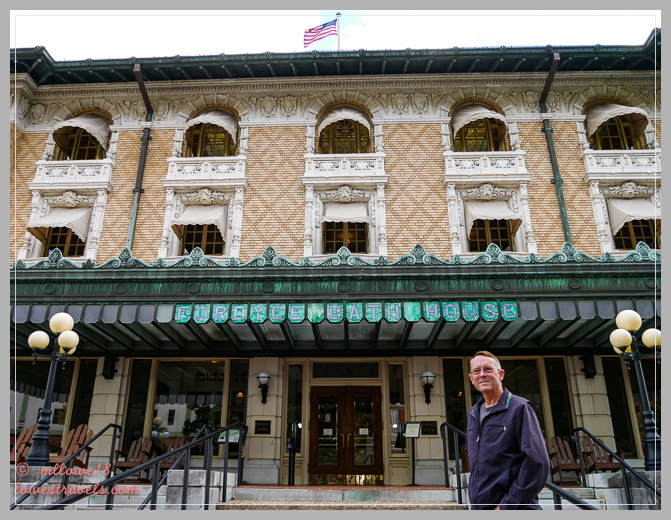 Since we couldn’t get a reservation to bathe in the waters, we instead took a “therapeutic” hike to Hot Mountain Summit and enjoyed the Fall foliage which was on full display.  Our 7-mile trek under the colorful trees was pleasurable and scenic. 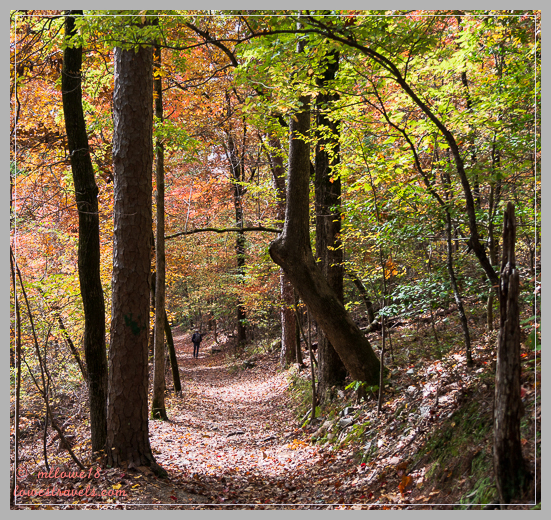 On our second day here the sun became shy, hiding behind the clouds which ultimately opened up to drizzles.  We found two indoor activities that interested us: the Purse Museum and the Arkansas State Capitol building.  For some reason, Steve didn’t want to accompany me at the Purse Museum, and he took off on his own to explore the area.

The Esse Purse Museum in Little Rock is the only purse museum in the U.S., and one of only two in the world (darn, I missed the other one in Amsterdam when we were there!).  The little museum chronicles not only the kinds of bags American women have carried throughout history, but also the things they have carried in them.  The collection of 3,000 purses were displayed by showcasing women’s purses throughout the decades along with how their use has changed over time. 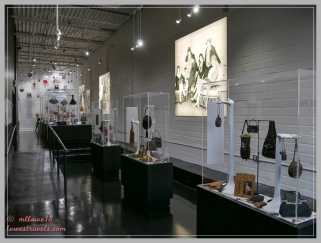 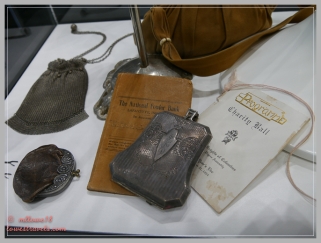 Four special purse exhibits – Skins, Shapes, Travel and Evening – were each highlighted with a unique diorama.  The visit was interesting and worth my time and the $10 admission fee.  I was fascinated to learn the role of purses and their contents throughout history, and I didn’t even buy a purse while I was there!

Steve picked me up, and together we visited the Arkansas State Capitol in Little Rock, the capital of the state.   We did a self-guided tour and explored all four floors of the building.  Construction began in 1899 and was declared completed in 1915.  The capitol was built on land originally holding a state penitentiary, so a convenient labor force was available to help with the construction.

Grand staircases each leading to the Senate and House Chambers were carved of Alabama stone and the flute columns were quarried in Colorado.

Arkansas Through the years, By the numbers

We enjoyed and learned a lot about the rich history of Arkansas through the many permanent exhibits and displays.  As a small-scale replica of the United States capitol building in Washington, D.C., this state capitol has frequently been used as a filming location.  Unfortunately, I don’t have pictures of the lovely outdoor areas because of the heavy rains that day.

I’ve often wondered how Little Rock got its name, and we learned while meandering around the Junction Bridge that this was where a certain rock outcropping on the Arkansas River was christened by French explorer Bernard de la Harpe in 1722 as La Petite Roche – “the little rock” – and the name stuck as the area was settled.