Once out of New Mexico we hastened our pace, stopping only 2-3 days at each destination.  They were large cities where we initially didn’t have a lot of activities planned, and the relentless severe weather was seemingly following us across the nation.  But as we moved along, each of our stops had things to see and do, which we were able to accomplish between storms.

In real time, we’re now on a 10-day break in Savannah, Georgia.  I’m blaming the nasty weather for my lack of enthusiasm to blog; it’s just been too darn wet, gloomy and cold for me to get very excited about anything!

By following I-40 east we were able to check several destinations and points of interest off our “must visit” list.  The first one was Palo Duro Canyon near Amarillo, Texas, where we did enjoy some good weather on Oct 21-24.

Palo Duro Canyon is the second-largest canyon system in the U.S. (behind the Grand Canyon, of course), but to Texans it’s their grandest canyon.  Unlike the Grand Canyon, the floor of Palo Duro is accessible by vehicle, and our campground was located 800′ below the rim – awesome!

Eagle-eyed Steve immediately spotted these critters as we settled in – yikes! 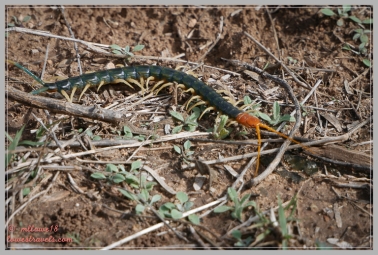 There were several trails available which would get us up close to the multicolored geologic layers of rock.  We followed two of them, the 5.5-mile Lighthouse Trail that lead to iconic Lighthouse Rock, and the Givens/Spicer/Lowry Trail which was labeled as a running trail – but we hiked it anyway.

Our favorite hike was the Givens/Spicer/Lowry Trail.  It was a moderate 8mi trek that led us close to the layers of bright red, yellow, pink and lavender rock – very scenic and colorful.

They say everything in Texas is big.  Well, for sure the natural hoodoos in Palo Duro Canyon were gigantic.  And we saw more evidence of BIG when we drove to Amarillo to get a steak at the Big Texan restaurant.  We couldn’t leave here without visiting one of those Route 66 roadside attractions, the “Free 72 oz Steak”!

We chose the more sane – and very good – steaks that are our favorites, and we each made two meals out of them!  We weren’t impressed with the environment or service of the restaurant, but there’s no doubt the beef was good. 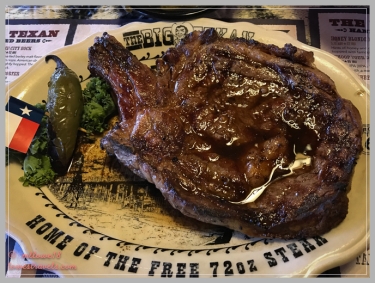 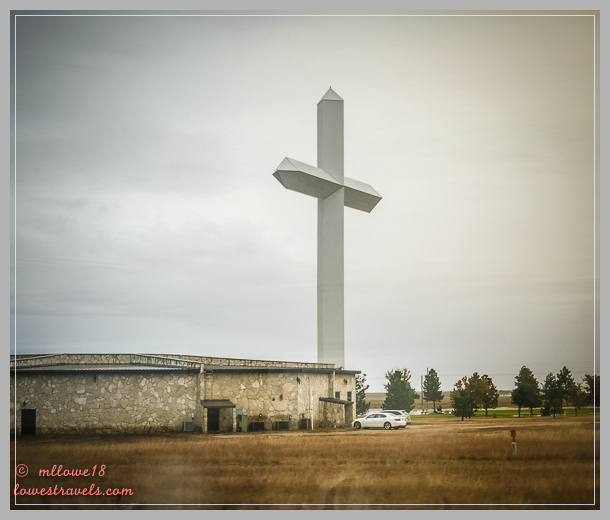 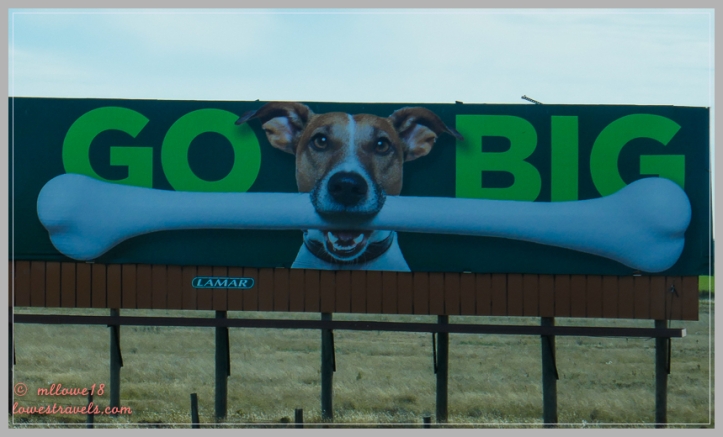 Our only stop in the panhandle of Texas for three days came and went quickly. We have seen some of the “big” in Texas and Palo Duro lived up to its monicker – the Grand Canyon of Texas!