We initially thought our six week stay in the San Diego area might be a little long and tedious with all of the noise and traffic.  But there were so many people to see and things to do that the time just whizzed by.  While here we stayed in three different campgrounds: Santee Lakes Recreation Preserve, Sweetwater Summit Regional Park and the San Diego Metro KOA.  The weather was perfect – dry, sunny and warm with only one day of rain from a passing winter storm.  We can handle winters like this one!

Having visited San Diego in our prior working life, we focused on some new experiences this time.  We were impressed by the many urban trails that wind in and out of cities, under freeways and up to lakes and mountains.  There were plenty of things to keep us busy, and lots of friends to see:  RV’ers here for the winter like us, new friends we met in Europe, and old friends who drove down from the Bay Area to hang out with us.

San Diego International is the busiest single runway airport in the United States, and we were able to enjoy watching the approaching aircraft from our campgrounds and from the roof of a building in the city:

There were seven lakes at Santee Lakes Preserve, all just a short walk from our campsite. The lakes are water reservoirs for San Diego, and the Preserve is run by the Water District.  The sight of so many birds upon our arrival made me giddy, and I grabbed for my camera:

Scaled-breasted Munia, thanks Eric S. for the ID! 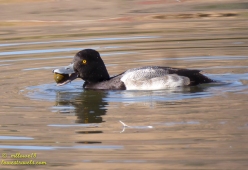 The Lesser Sacaup’s quacker is packed… 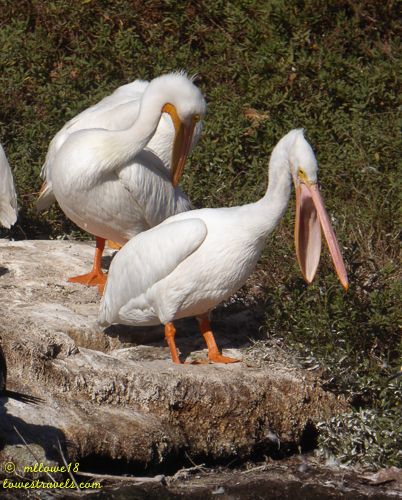 This is my turf, move over Cinnamon Teal, yelled the Woodduck

After two weeks at Santee Lakes, we moved about 20 miles south for the next three weeks.  We were glad Hans and Lisa had introduced us to this park.  Our site was spacious, with access to hiking practically at our front door.  Our site was up on the summit, overlooking the 54/94 freeway and a golf course and with Sweetwater Reservoir just down the hill.  We spent many hours sitting outside, watching the birds around our feeders and making sure the planes approaching SAN were doing a good job.

These were my practice shots in the hope of capturing airplanes during full moon, but cloud cover stopped me during the critical time:

Sometimes I get crazy/creative with my shots along the trail. 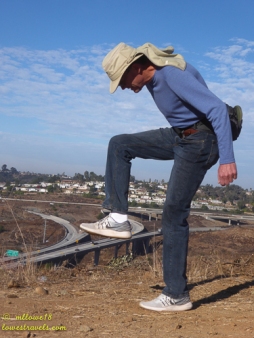 Stomping on the 54/125 interchange 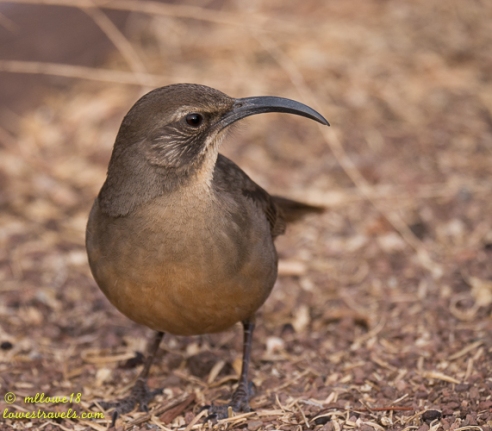 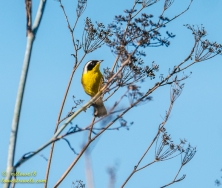 For bird lovers click here for my updated bird photos.

Dr. Harry and Chris are good people we met on our river cruise, who also happen to be RV’ers 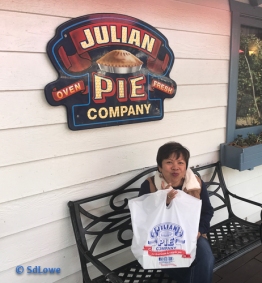 When in Julian you must get a pie!

We spent our last week here and didn’t like the RV park (way overpriced and cramped with lousy utilities), but it was convenient to the things we wanted to do with our friends from the Bay Area:

Balboa Park is a must see if you ever visit San Diego! 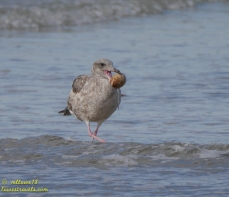 I got a snail!

It may appear we were constantly on the go, but we actually had a lot of “chill time” during our 6-week stay.  And we were both satisfied –  I, with the birds and Steve watching his airplanes.