In 1909, Earl Douglass, a paleontologist working for the Carnegie Museum in Pittsburg, PA discovered a formation layered with prehistoric plant and animal fossils.  What he found that summer day turned out to be part of the most complete Apatosaurus skeleton ever discovered.  He called the digsite Carnegie Quarry.

For several years he was busy digging, excavating, documenting and shipping out fossil bones for the Carnegie Museum, which funded his efforts.  The original monument was established in 1915 to protect 80 acres in the quarry area.  Today, Dinosaur National Monument has increased its size to 210,000 acres, and not only is the quarry protected, but also the scenic canyons cut by the Green and Yampa rivers, and many cultural features left by ancient cultures.

We didn’t know what to expect when we visited the quarry, since neither one of us are really into dinosaurs.  What we saw was a preserved cliff face enclosed within a large building and covered by hundreds of large fossilized dinosaur bones.  It was what remained of the ridge that Earl Douglass had excavated for 15 years.

Timeline of how the quarry was discovered and later protected 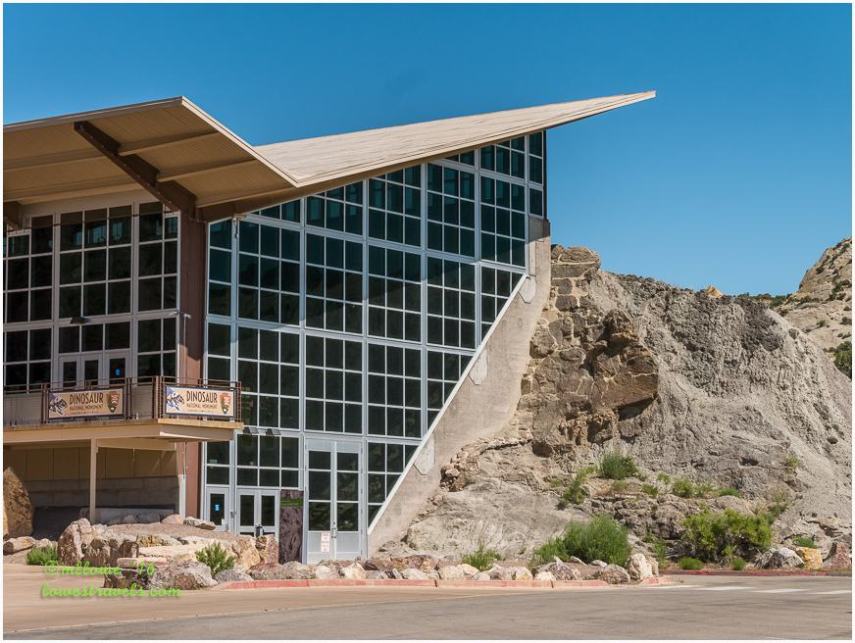 Inside the hall we saw fossilized bones embedded in a sloping rock formation.  From the plaques we learned it was once a sandbar on the edge of a large river.  As the river carried animal carcasses downstream, many became stuck on the sandbar, which eventually turned to rock.  As a result, fossils from hundreds of creatures were concentrated into a small area. The fossilized bones we saw were partially exposed and left intact in the rock.

In 1923, Douglass recommended that the government leave the bones and skeletons in relief and house them.  He believed doing so would create “one of the most astounding and instructive sights imaginable.”  It took more than 30 years for his vision to become reality, but his assertion was correct – this place is truly unique.

We viewed approximately 1,500 fossilized bones from 100 individual dinosaurs and other ancient animals that make up the “logjam” on the quarry wall, including Allosaurus, Apatosaurus, Camarasaurus, Diplodicus, and Stegosaurus.

There were a few huge bones we were allowed to touch, this one almost as big as me!

There are two ways to get to the exhibit hall, shuttle bus or hike.  The hike would have allowed us to see more bones along the trail, but my current “bone issue” forced us to take the shuttle.

Back at the visitor center, the park rangers were running a special event titled “Safe Views of the Sun”.  It was excellent, and we were happy our timing was perfect to catch it.

Through the telescope we saw our star in real time, including some disturbances rising out of it that the ranger informed us were “prominences.”  Very cool!

Although the quarry is the main attraction here, there are other unique features worth exploring.  With the help of the $1 auto guidebook we drove the 24-mile roundtrip scenic drive.  Features along the route include petroglyph and pictograph panels, Josie Bassett’s cabin built in 1913, and great views of geologic layers.  I snapped a few dramatic sceneries:

Evidence of the Fremont people who lived here were displayed on rock ledges high above the road: 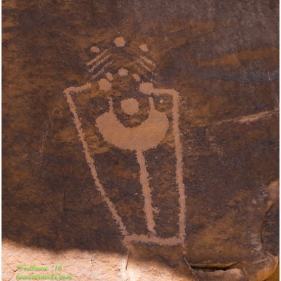 A child covering his eyes 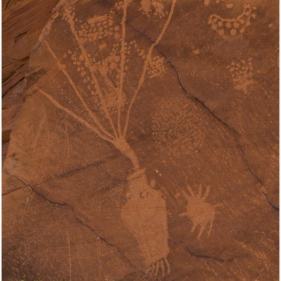 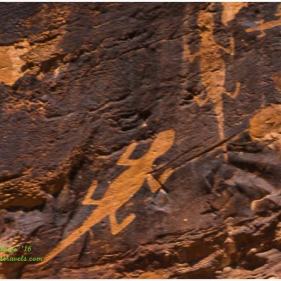 Josie Basset Morris was a homesteader and local legend who lived here for 50 years. Walking through her home and experiencing the beauty and solitude of her land got us to thinking about what life must have been like here over 100 years ago. 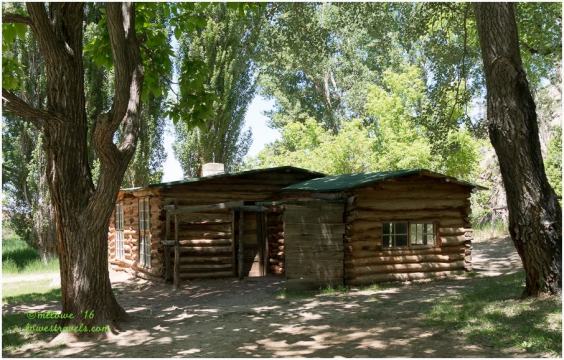 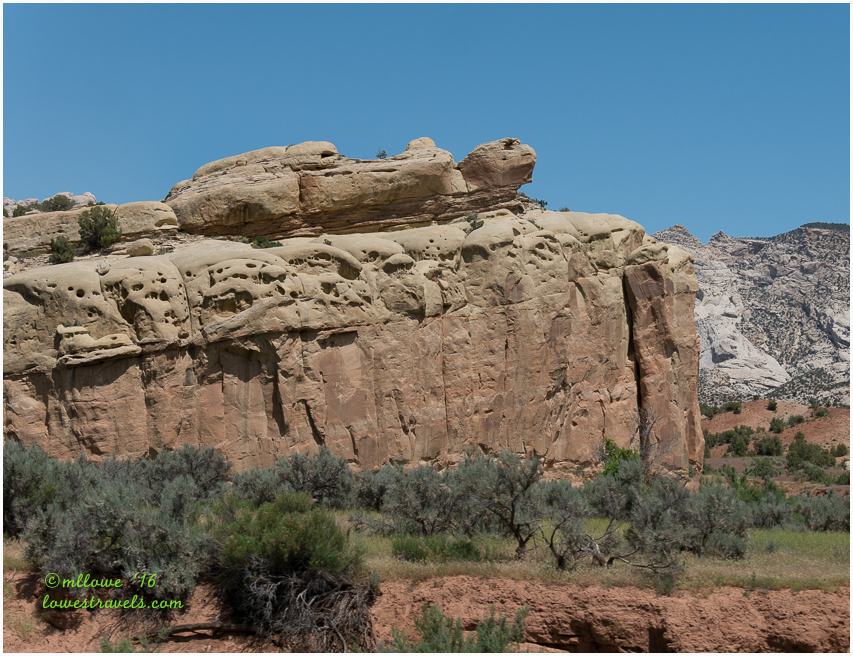 Can you see the turtle on top? This is entrada sandstone, the same type of rock that formed the arches in Arches National Park 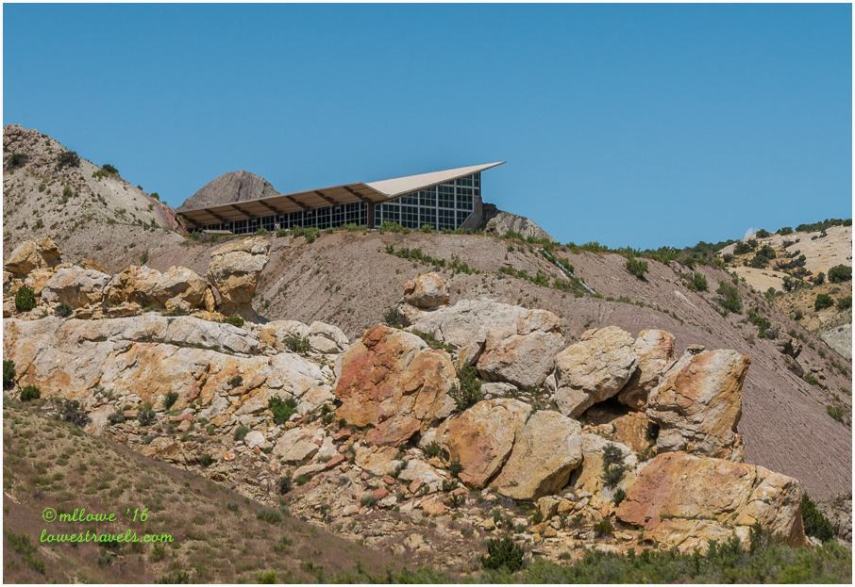 Quarry exhibit hall as seen from the scenic drive

And with that adventure completed we’re moving on to our last stop in Utah!