Our scenic drive into Valley of Fire (click here if you missed it) and the breathtaking trail explorations left us wanting more.  Fortunately we had a week to explore this park, and did we ever rock out!

The park didn’t have extensive trails, but the ones we followed took us past many intriguing rock formations and colors that wowed us again and again.  The story of how the earth moved to cause the folding, thrusting and shoving of ancient seas millions of years ago resulted in what we saw as a geologists’s dream.

This was our first trek, and it led us to a cluster of sandstone towers.  The high gray mountain ridge here is made up of the oldest exposed rocks in the park, estimated to be 550 millions years old.  The red rocks in front of it are younger, “only” 66 million years old.

After going around the southern edge of a ridge of dark gray-green rock and doing a bit of scrambling, the pinnacles came into view:

On this trail we were fascinated by eroding large and small sedimentary rocks cemented together by minerals:

This rock had an interesting life

After climbing the pinnacles we were rewarded with beautiful scenery in every direction: 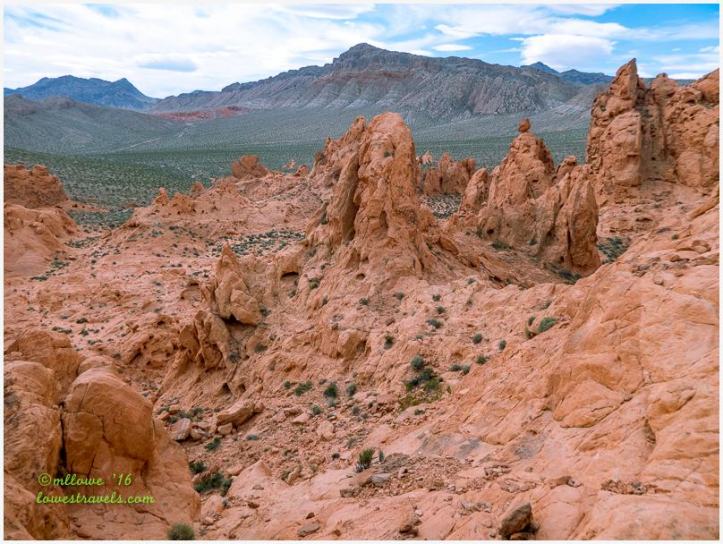 The shrubs near the top of the pinnacles displayed a bluish-green tinge that made Steve take notice:

Approaching our campground, we stopped by groups of ancient sand dunes that have hardened over millions of years.  This is part of the cluster seen on my header image: 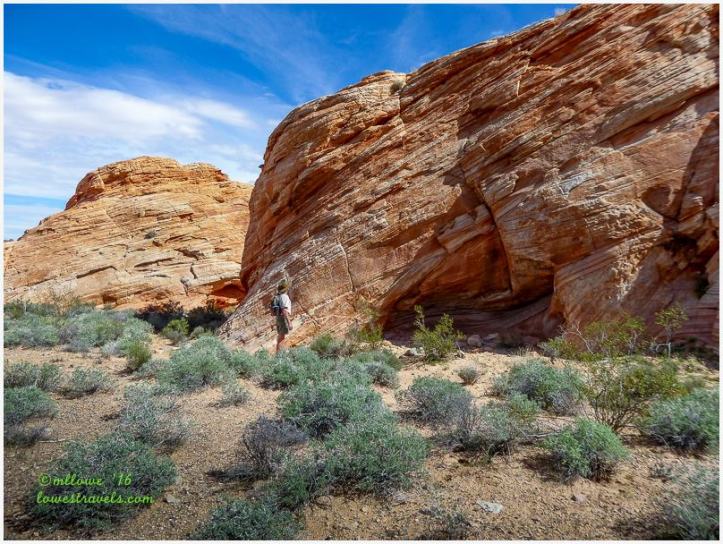 Another trail we followed took us behind those huge sandstone formations that make up most of the state park.  We began our hike from the campground and crossed open desert before hiking into the enormous sandstones.  The cacti were beginning to bud, and we could only guess how vibrant this area would be in a few weeks. 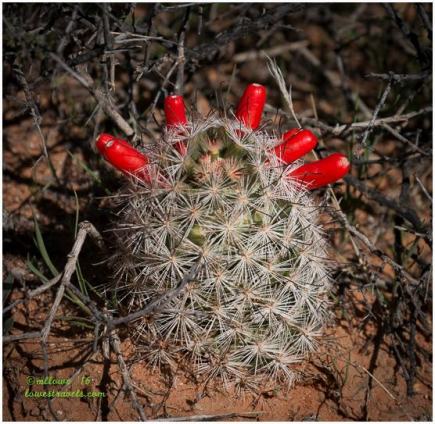 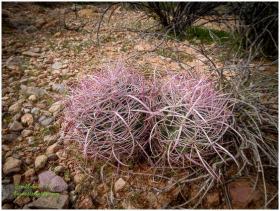 The sandstones here are ginormous, weathered by wind and time and forming odd shapes and forms.  These formations were originally sand, mud, silt or lime that became stone over 300 million years ago.

The trail ended at White Dome Rock, and the oppressive dry heat was getting to us so we headed back.

We had planned to see the natural arch on this trail, but after walking a while in deep sand in the wash we decided to try another trail. 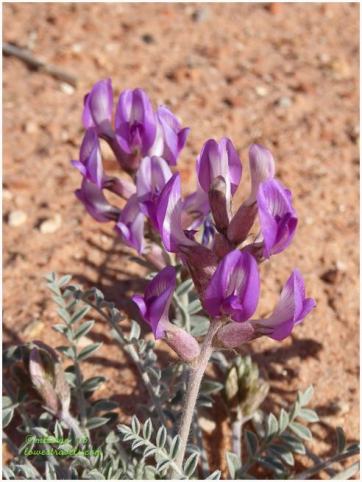 It’s a good thing we detoured to the Elephant Trail just up the road.  The Big Horn Sheep were out for their breakfast in big numbers:

Back at the campground, Betsy was parked right in front of a large sandstone rock that Steve wanted to conquer:

We spent a day exploring in and around our campground, and checked out whimsical formations that were close by:

I’ll stop now or you’ll be yawning like that indian.  But the beauty is in the details, as you’ll see in my next post!