We’ve often heard that because of the flatness of the Sunflower State and the monotony of driving through it, it’s best to just breeze through and be done with it.  And the fact that we’re traversing Tornado Alley can produce some anxiety, too.  But like every state in our great nation, there are many things to see and do if you just get off the main routes and look for them.

It’s true that the great western plains of Kansas consist of seemingly endless stretches of flatness, but did you know that the state is actually ranked as the 7th (with Florida being #1) flattest state?  Florida also ranked first in the highest average number of tornadoes per 10,000 square miles – Kansas comes in at #2.

Several times we’ve been asked questions such as, “What are you going to do in Kansas”? Heck, we don’t know, but we’re here to find out!  With a constant eye to the sky we’ll be exploring the state for the next 3 weeks or so.  Some suggestions from one of our followers, aptly named Dorothy, will get us started (thank you, Dorothy).  Plus, John and Pam gave us a heads-up about some cool rocks we had to investigate.  With that, and some of our own research, off we go across the 41st state of our adventure!

Seemingly in the middle of nowhere, and called “the badlands of Kansas”, is an area of chalk bluffs, chalk flats and chalk pinnacles.  Several outcroppings of these features from the Cretaceous Period, scattered where Niobrara Chalk and Dakota Sandstone are exposed, made for a dramatic display as we approached from the west. 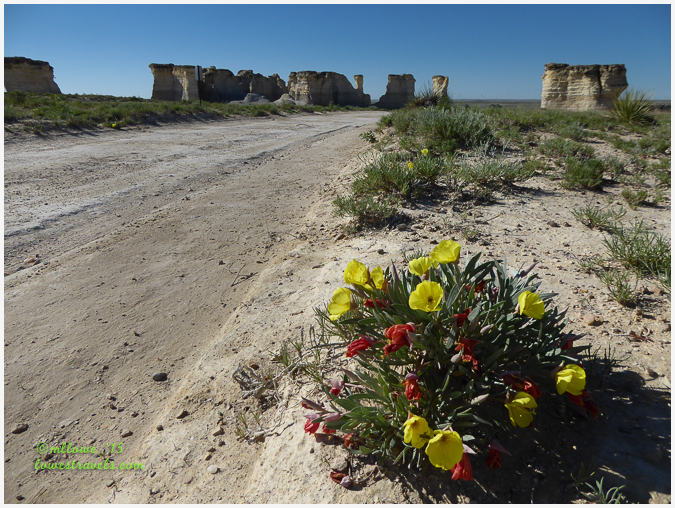 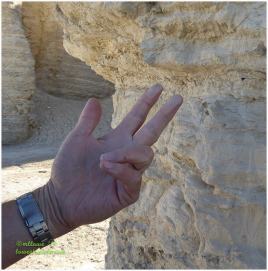 The rock really is chalky!

Layers of millions of fossils

One of the best-known of these formations is the one called Monument Rocks, sometimes referred to as the Chalk Pyramids.  It is officially recognized by the National Park Service as a National Natural Landmark.  These chalk formations tower above the surrounding prairie, sculpted over hundreds of thousands of years via erosion by the waters of the Smoky Hill River.

Some new-to-me feathered friends were also out there enjoying the badlands, posing and just waiting for me to snap their picture.  So far, birding has been surprisingly good in Kansas! 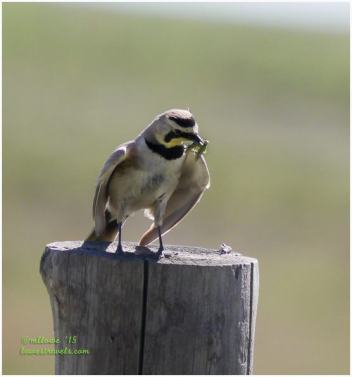 Keeping its distance, the pronghorn was curious about our presence. 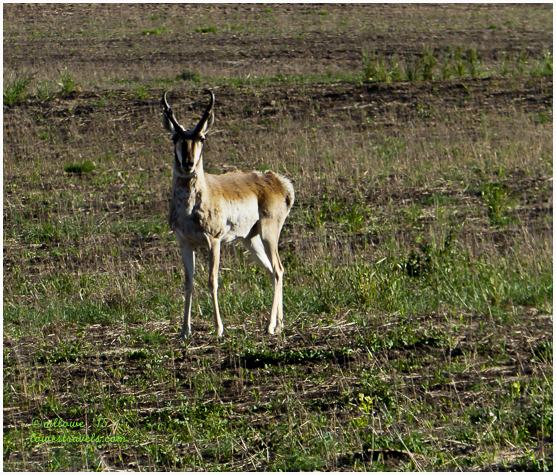 Since Monument Rocks are on private rangeland, we also saw some man-made structures dotting the prairie.  But thanks to the landowners, the rocks are open to the public for closer inspection.

We were the only ones around on the morning of our visit, so we had ample time by ourselves to check them out.  We thought these amazing formations were definitely worth the drive!