Time for a good cleaning and a Happy Thanksgiving

After an exciting night at a Casino parking lot, we purged our water tank of the mineral water from Tecopa and continued on with Arizona as the next destination. The southwestern states were very much in our minds as we experienced a wet and cold summer in Alaska.  Every time it rained there we longed for the dry, sunny and mild winters which can be had in the southwestern states.  We longed to be in Arizona this winter to hopefully bask in the sun and stay dry.  Don’t get us wrong, we had a fantastic summer in Alaska, despite the almost-constant rain.  So after trekking southward for the past two months, we have finally arrived at the Grand Canyon State. 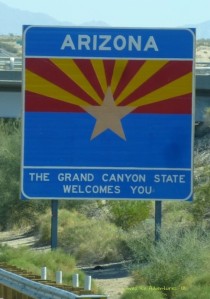 Weaving thru the fringes of  Nevada and California, we  crossed into Arizona and immediately  “lost” an hour of our day.  Arizona is the only remaining state to not follow the Daylight Savings Time (DST) change.  That means it stays light out a little later, so it’s ok by us! 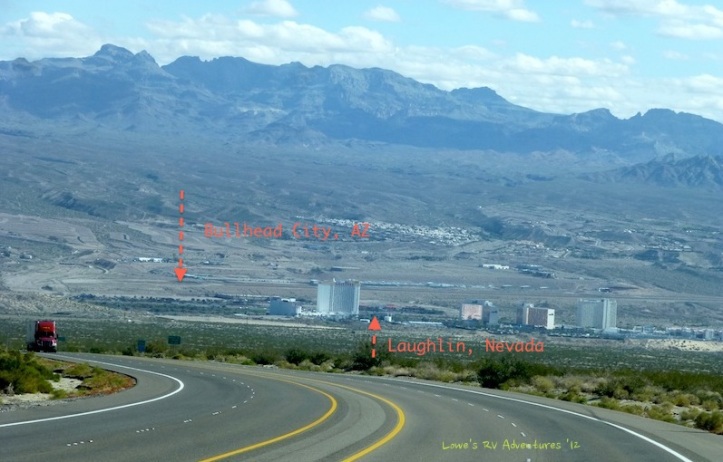 Bullhead City was named for Bull’s Head Rock, an old landmark located along the Colorado River.  In the era of steamboat travel up the river, it was used as a navigation point.  Unfortunately, we did not see this rock formation as we were told the water has covered it and only a small, undistinguishable part remains.

But first things first.  This stop was mostly for Betsy.  The mud, bugs and grime from Alaska and Canada, coupled with a recent sand storm have accumulated over time, and she was very dirty.  Figuring that it probably wouldn’t rain on her again for quite some time, we thought this a good opportunity to do a top-to-bottom spick-and-span cleaning job.  At the Ridgeview RV Park we learned that a couple of guys from the local cleaning service would make a house call to our site and give Betsy a good scrubbing and washing. The cost was $100, far less than would be required to make Steve get out of his chair and do it himself.  We scheduled them immediately and the next day Betsy was looking much better.

Enter Steve…during the next three days he labored with the pleasure of protecting the roof and polishing the entire coach until Betsy gleamed like new.  Then he cleaned and lubricated all of the compartment doors.  In the meantime, my contribution in this beautification project was as the interior master-duster and wheel polisher (8 wheels – Steve said I did such a great job on the RV wheels that I could do the car wheels, too.  Whoopee!).  Finally, we cleaned all of the interior windows and removed the screens for a good washing.  Wow, the old girl looks like new! 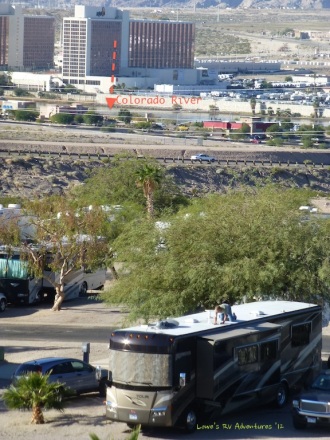 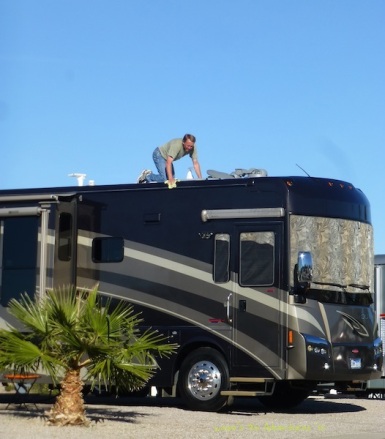 This stop was also a time to reconnect with my cousins, Merla and Estela, who live in Bullhead City.  We met their families and spent an evening with them over a delicious Thanksgiving meal and some playing of Texas Holdem.  We also played the dice game LCR (Left-Center-Right), since it was a fairly large group.  If you want to have a simple game that is always a smash hit at a party, pick up this inexpensive game at a toy store – it rocks! 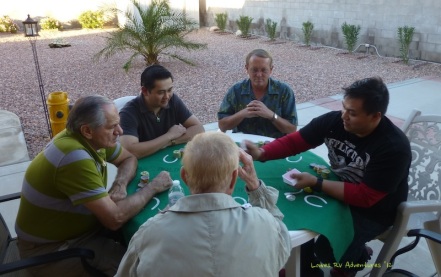 The boys with Texas Holdem 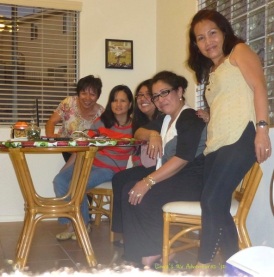 The girls chatting away

Before strong winds kicked up we managed to walk quite a bit, but got in only one decent hike.  On this hike I saw for the first time BeepBeep – RoadRunner.  I loved the cartoon about the adventures of the Road Runner and Wile E Coyote, so I got very excited, snapping pictures like a maniac.  Look, isn’t it cute!  This was the first time I had seen in person the bird that always outsmarted the hapless coyote. 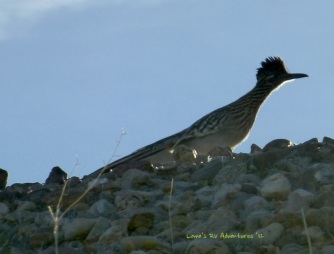 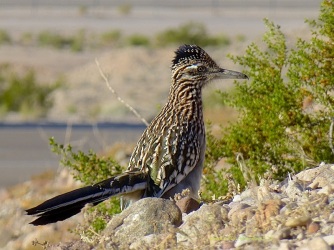 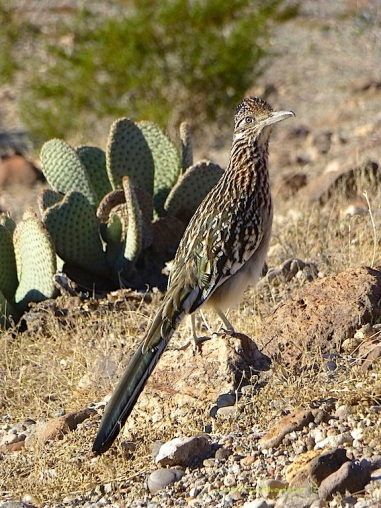 After spending a very productive Thanksgiving week here it was time to move along to another place that we have heard good things about and been wanting to visit for some time – Lake Havasu and the London Bridge.  Stay tuned!