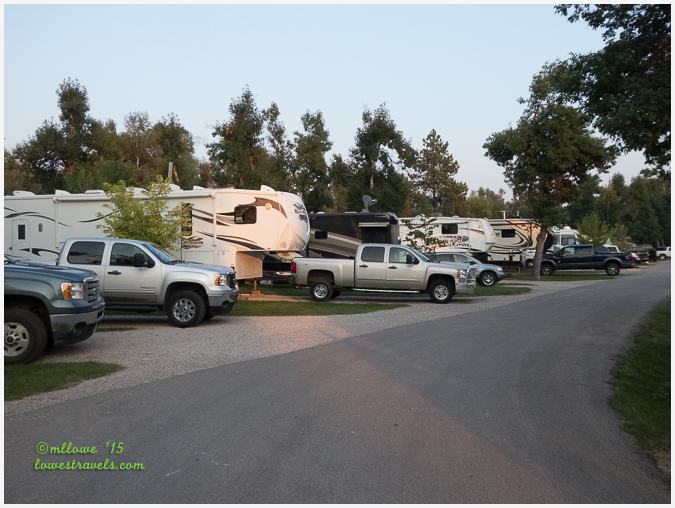 The weekend was crowded, but the place emptied out pretty good during the week 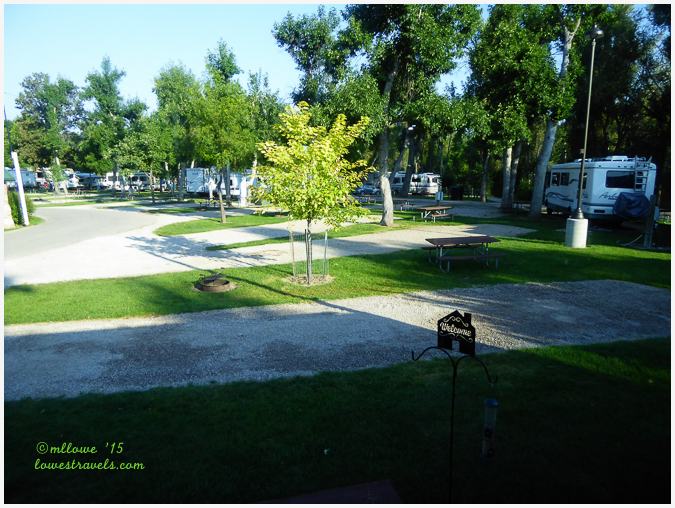 Noise level and overall “feel” of the park?
Like most popular campgrounds, this one was busy,
especially over the weekend.  It was very nice during
the week.  It has a great feel to it, with lots of trees
and a creek running next to the property.  We tried
to get a premium site backed up to the creek but
were unable.  Overall a very nice park with good
facilities.

Spaciousness/levelness of sites?
Our site (#49) was plenty long for the motorhome
with the car parked in front.  Site lengths varied,
but the manager seemed to place various RV’s
appropriately.

Utilities and WiFi/cell reception?
The full hookup 50-amp power was strong, as was
the water pressure.  The park provided free WiFi,
but we did not get a chance to try it.  The Verizon
signal to our phones and boosted hotspot was good
as well, with some slow periods.

Picnic table and/or fire pit?
All sites had tables, but not all had fire pits.  Ours
did, and the office offered firewood at a reasonable
price.

Bathrooms/showers/laundry room?
The bathrooms and showers were in separate
buildings and were quite modern and clean.
There was no laundry room, but a good public
laundromat was just up the street from the
entryway to the park.

Pet and/or kid friendly?
The trails through the RV park offered families
with kids and pets a nice place to exercise.  There
were also some large areas within the park for
kids to play games on grassy areas.

Bicycle/walking trails nearby?
This was a big plus here.  The city had several
walking/biking paths in the area, including one
that ran right through the park.  The “regular”
city park was just up the street, and there were
many areas for folks to hike just a few miles
away by car.

Grocery stores and other services nearby?
We frequented the nearby Safeway grocery
store and the local hardware store.  There were
many pubs and restaurants very close by, and
other businesses that could work on RV’s and
make vehicle repairs were not far away.  Rapid
City was the nearest large city for major repairs.

Comments:
We really liked this park as our home base for
travels to Sturgis, Deadwood, the nearby
beautiful Spearfish Canyon Scenic Byway.  The
Badlands National Park was about a 1.5 hour
drive.  It was also nice to be able to walk int
town for many of our needs, or just to get some
exercise.  We would definitely stay here again.