In case you missed our previous post, by the time you read this we’re settled back into Betsy, back to reality and our “normal” life in Tucson, AZ. 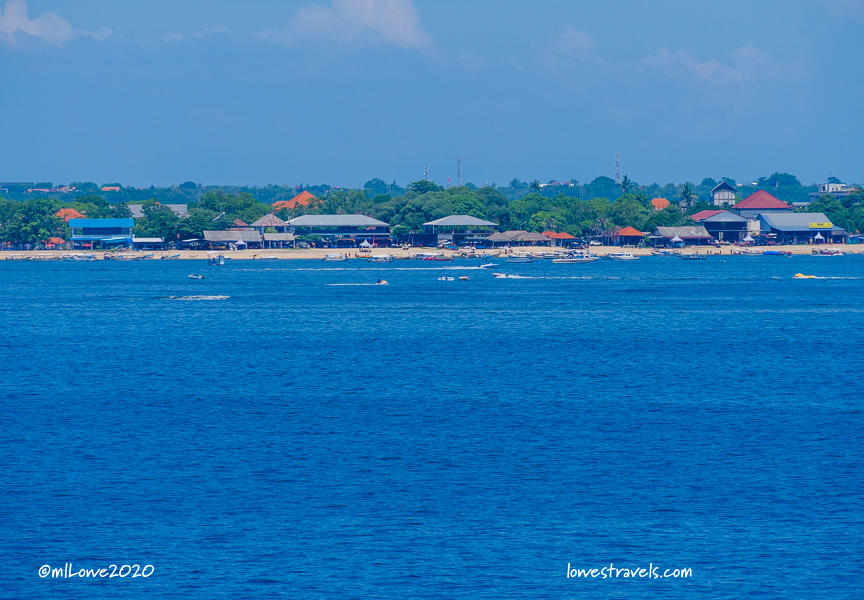 Our problems disembarking the ship due to the Coronavirus hysteria heightened as we approached Bali.  This was a critical port stop, not only as a re-provision point but also because several hundred passengers had been re-routed here for their departures that were supposed to have happened in Hong Kong (which was canceled).  Can you imagine the logistics Viking went through to change all of those airline reservations from Hong Kong to Bali?  Also, 50 crew members had to depart because their contracts were up and they too had travel reservations.  What a mess!

Unfortunately, even though all passengers had a clean bill of health certified by multiple temperature scans and the ship’s doctor, the government continued to deny us shore access.  We spent the first day anchored in the bay while Indonesian officials (all the way up to the governor) and Viking senior management negotiated the problem onshore.  All of the excursions for that day were cancelled as we kept waiting for word from Bali officials.  We had to be content with eating, drinking and playing on the ship.

Each time the cruise director came on the PA, our ears perked up to find out if there was any progress in the negotiations, or would we be hanging out on the ship.  But really, hanging out and partying with friends on a Viking ship wasn’t exactly torture 🙂 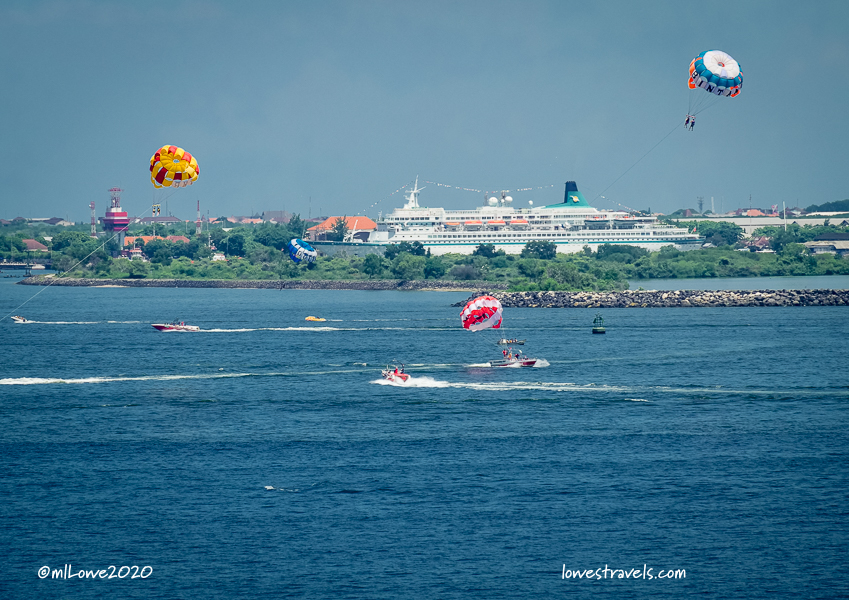 Oh look, there’s a cruise ship that was allowed to dock!

On the second day, we awoke to learn that the politics had ended and we would finally be allowed ashore.  The cruise director told us the ship would be leaving Bali a day early on the 9th (who could blame them?), and the next stop was not known.  The Viking Sun was basically re-designated as a Private Yacht (I’m not kidding) and will continue sailing the next portion of the cruise to whatever ports they are allowed to enter.  They even renamed the journey as the Viking Sun Magical Mystery Cruise 2020, Bali, Indonesia to somewhere.  Very cool!

I’m sure our friends who remained on the ship will enjoy even better service, considering there are now 361 passengers and 464 crew on board.  The passengers that were supposed to join the cruise in Bali and points beyond have unfortunately had their trips canceled.

Between missing the 14 Asian stops that were previously cancelled and seeing the future itinerary of the cruise as unknown, we decided to accept an offer from Viking for a refund of the remainder of the trip and return home.  It’s a generous package, and again we don’t blame Viking in the least for the very unfortunate situation that has occurred.  We were so impressed by how the officers and crew members handled the stressful situation, and the professionalism and service they gave us. 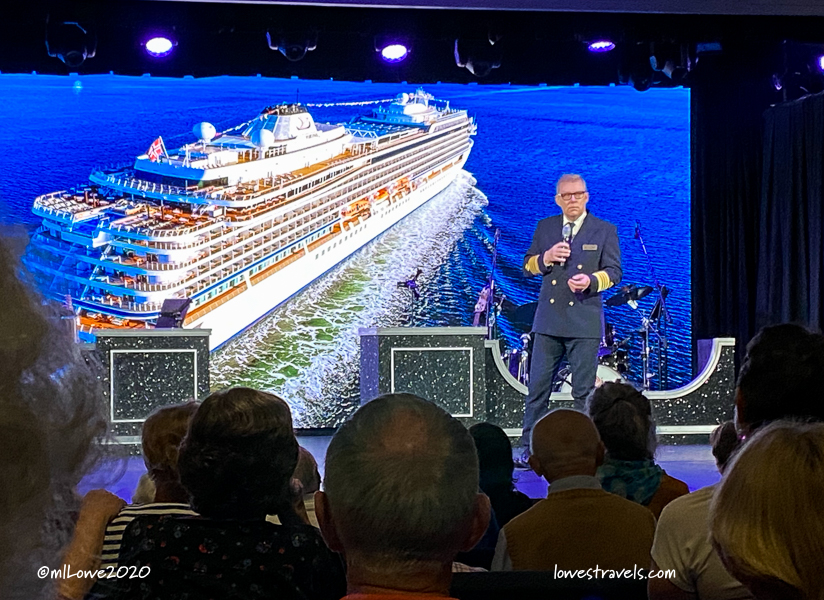 We totally enjoyed the new friends we met, the great experiences we had and the pampering we received during our two months at sea.  We’re already looking forward to booking another cruise with Viking in the future, using the Future Cruise Voucher they also gave us.  If you plan to take a cruise when all of this craziness ends, make it a Viking cruise! 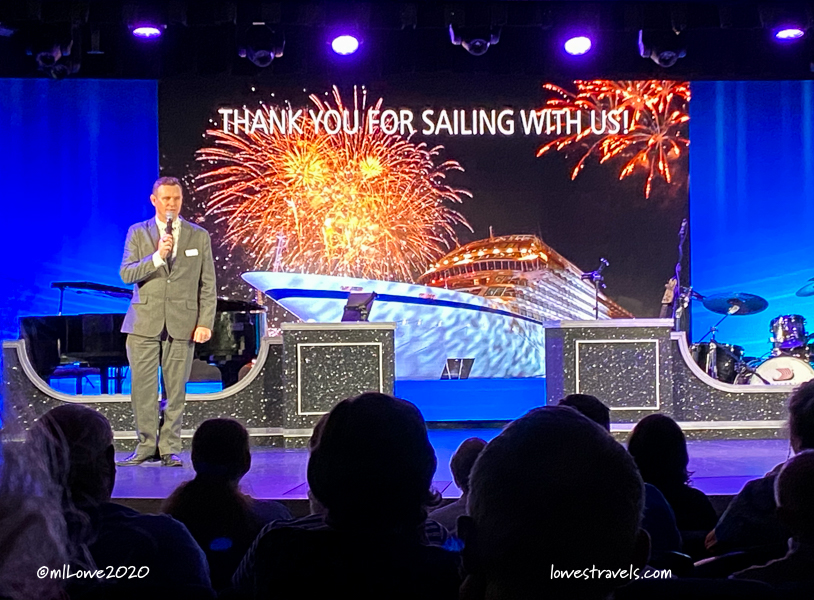 Our cruise director, Beven, had made about 145 announcements in the last two days 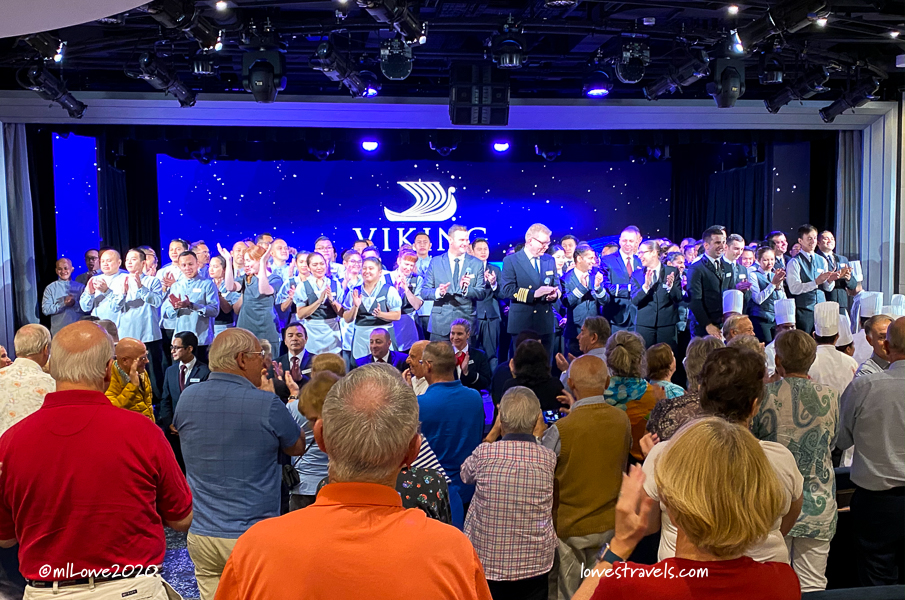 Our exemplary officers and crew bid us goodbye

But what about our excursions once we were allowed to go ashore in Bali?  That’s up next, the final post of our World Wonders Cruise…