This is the second in our 3-part series about California’s rocks that we explored last January.  The first one is here. 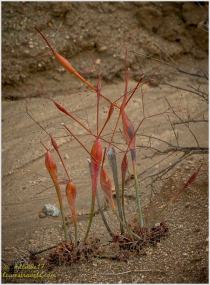 Usually when we visit a state park our expectations are a bit lower than when visiting a national park.  Then along comes a small state park tucked away in the arid Mojave desert that surprised us with absolutely stunning landscape.

Enter Red Rock Canyon State Park, one of California’s best kept secrets, located 120 miles north of Los Angeles. It’s situated in the southernmost foothills of the Sierra Nevada range, just west of CA Hwy 14, between Mojave and US 395 which runs through the middle of the park.  We visited in January when there was hardly anyone else around, which is always a good thing. 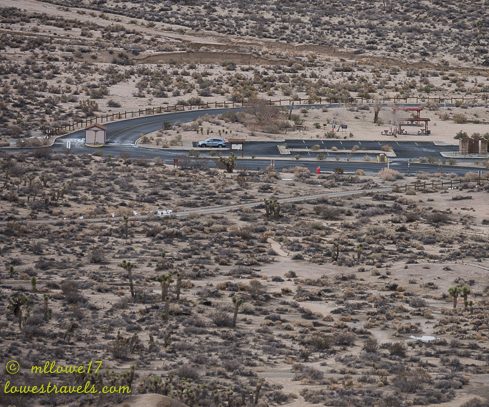 Our car is so lonely out there

Imposing cliffs composed of otherworldly looking red rocks created the scene as we approached the park on Hwy 14.  For a moment it felt like we were entering southern Utah, for the buttes of vivid color and layered rock formations were similar.  But these are California’s colored rocks so dramatic that it beckoned us to explore further.

Layers of white, pink, red and brown cliffs grace both sides of Hwy 14 and blend into the distance

As with our last stop, we had only one dry day to explore as the winter storms were nipping at our heels.  We followed three trails: Ricardo Camp South Loop, Hagen and Red Cliffs (just across Hwy 14).  These treks gave us different perspectives and views of the area badlands, and we loved the exposed angled and layered strata that spanned both sides of the highway in the Mojave Desert. 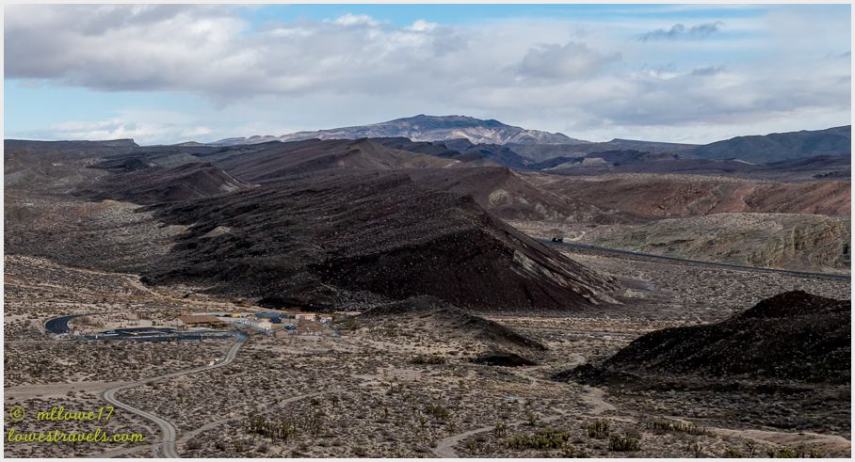 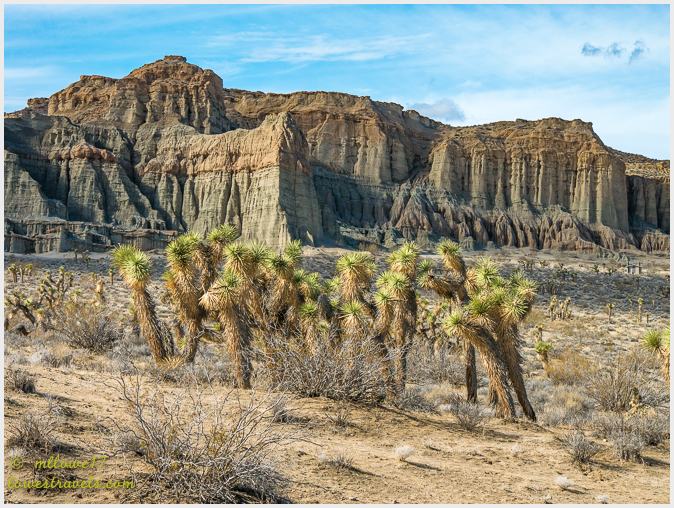 Hagen Canyon was named by a German immigrant, Rudolp Hagen, who acquired the land and then built a small outpost with a diner, bar and post office.  He is attributed with starting the area tourist movement by operating Red Rock Canyon as his own private park, offering maps of rock formations, most of which he named.

After his passing the land transferred to his family before becoming a State Recreation Area in 1969, followed by an elevation to state park in 1982. 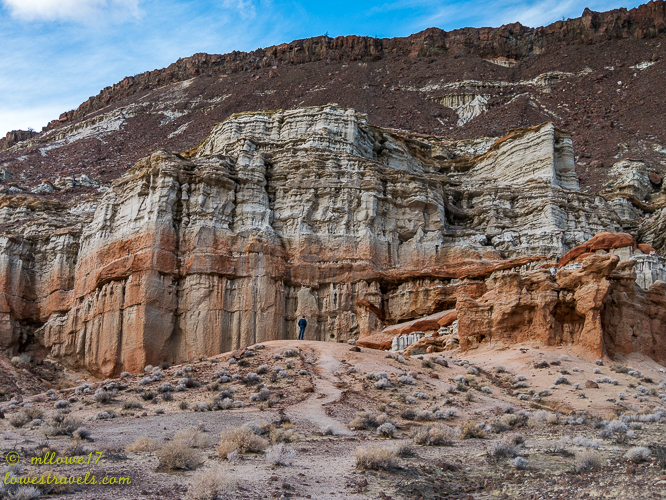 Steve ponders the layers and colors within Hagen Canyon

We followed the Hagen Trail to see the rock formations Mr. Hagen had named.  I even named one myself! 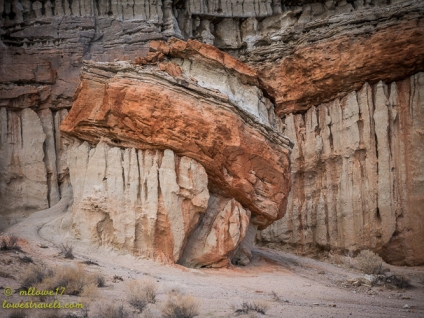 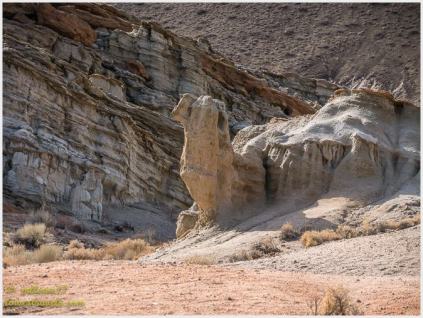 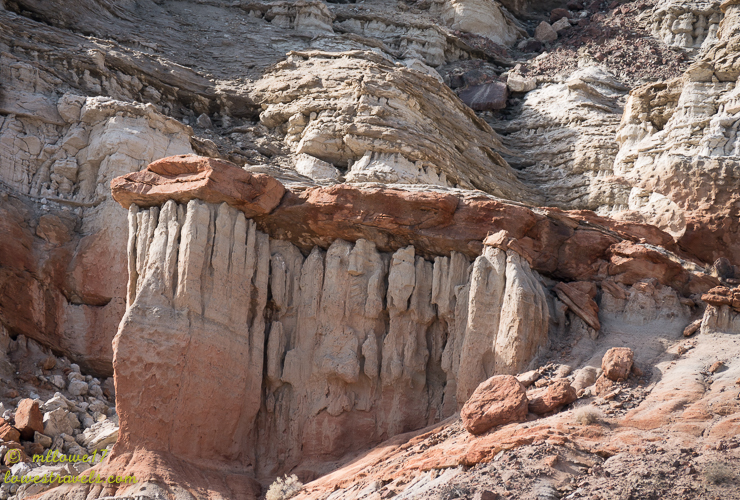 I named this one the Resting Giant Lizard 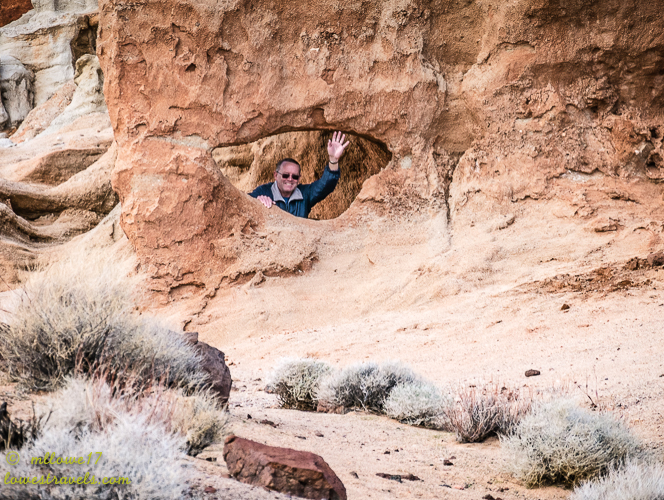 Window rock with a happy occupant!

Next we crossed over Hwy 14 to explore the Red Cliffs on the east side.  We know from past explorations that the bright red coloration is due to oxidation (rusting) of high iron content rock in some of the sedimentary layers. 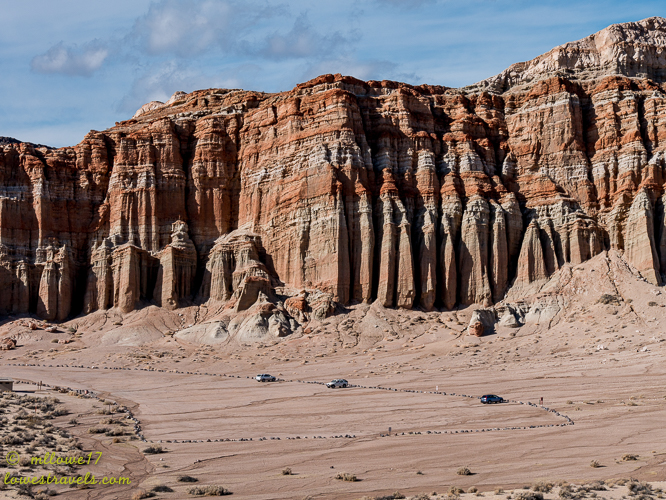 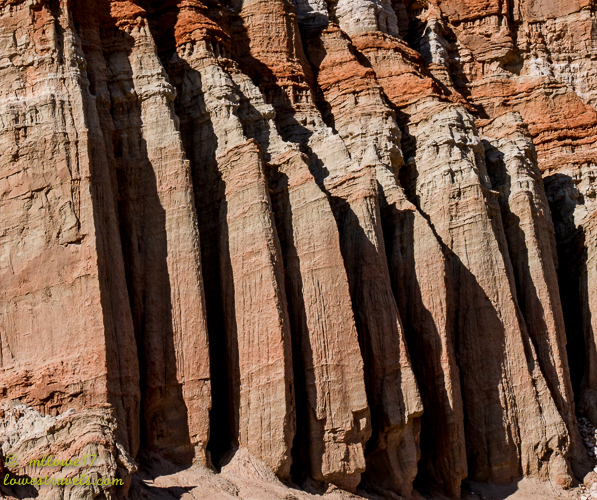 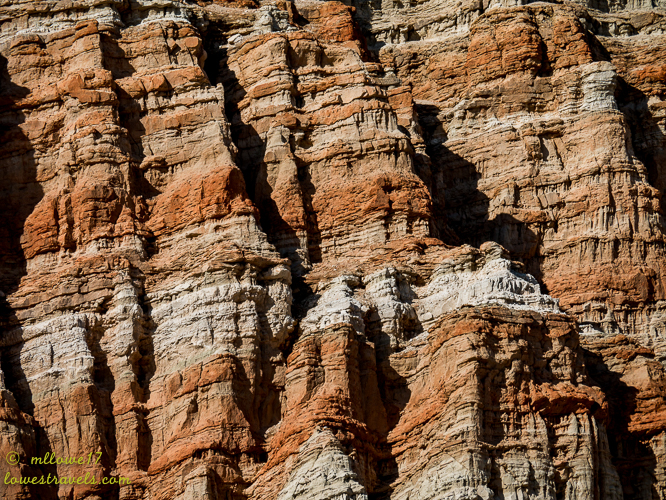 The park can be explored in a day, but you can definitely spend more time wandering off and immersing yourself in the geological wonders of the area.  Hans and Lisa alerted us to this hidden gem, and we’re very glad we altered our route slightly to see these remarkable rocks of California for ourselves. 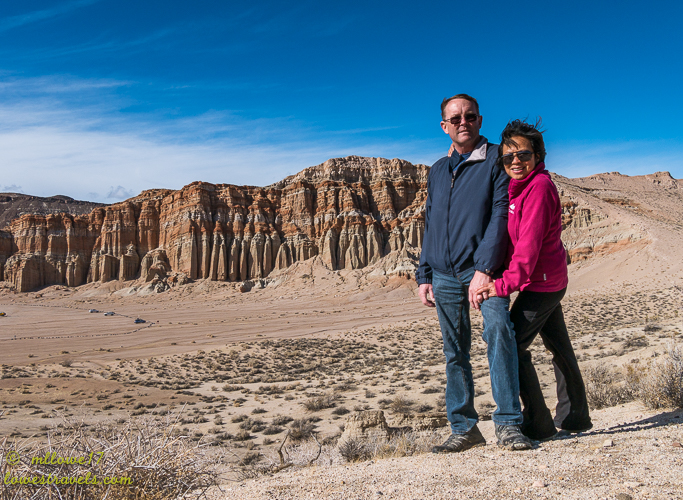 If you find yourself traveling on Highway 14 near Mojave, be sure to pull over and explore this place.  It’s definitely worth a look!

Categories: California, Where we have been