Before my hasty departure to the Philippines, Steve and I were well underway in our exploration and hiking at Colorado National Monument.  I was happy that my “guest blogger” was willing to fill in while I was gone, adeptly sharing his solo excursions as he made his way into Arizona.

Now that I’m unpacked and settled in, I’ll do a bit of back-tracking to cover our experiences while at Colorado National Monument.  Our home base was at the very nice James M Robb Colorado River State Park in Fruita, Colorado (Steve’s review here).

Fruita was a city that we both loved.  It’s at a relatively low elevation and has an environment that we think we could actually settle into someday.  We know we’d never get tired of looking out the windows at this fantastic monument every day! 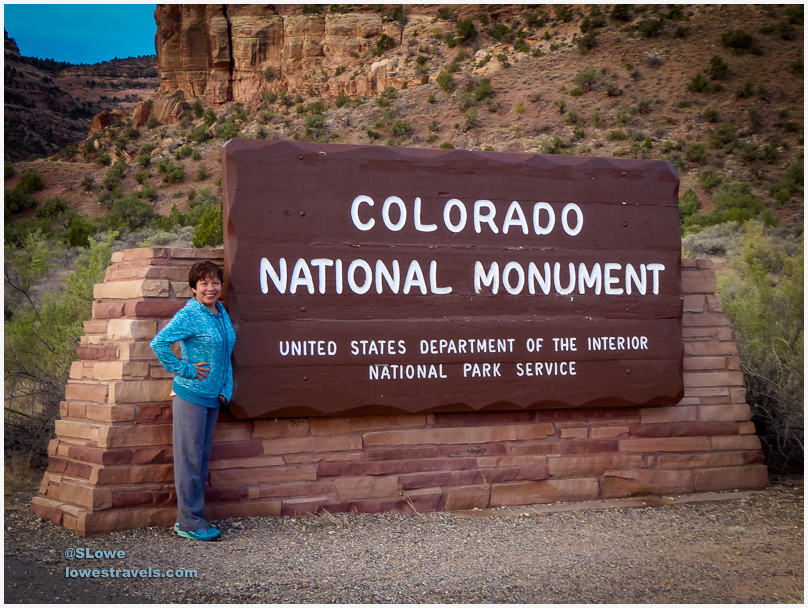 This big and brilliantly colored plateau-canyon area was established as a national monument in 1911, thanks to one man’s dream.  John Otto found these canyons and felt a strong urge to promote the place as a national park in 1907.  He was tireless in his campaign, and even built a tortuous trail so that others could appreciate its beauty.  After three years his efforts were rewarded, and he became the park’s first caretaker from 1911 until 1927 – for a $1 a month.

Thank you John, we are blessed to see the results of your efforts

Our first exploration was a drive around the canyons atop the plateau, via the 23-mile Rim Rock Drive from the west entrance.  It revealed the grand landscape that Mr. Otto wanted everyone to appreciate and enjoy.  We’re very glad he was so adamant in his quest.  The road climbed over 2,000 feet above the Grand Valley of the Colorado River to the high country, then wound around the rim of the plateau.  It was truly a drive with breathtaking views around just about every corner. 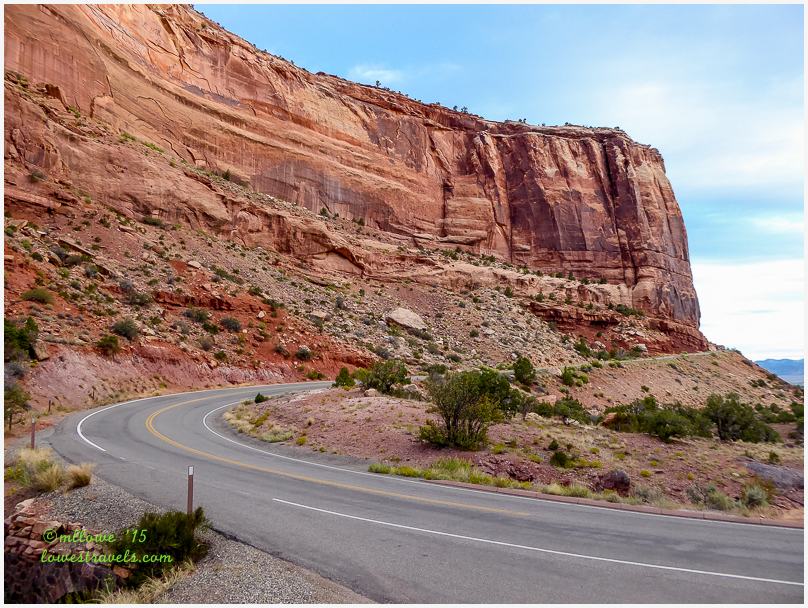 Looking down at where we just were on Rim Rock Drive, and out into the Grand Valley beyond

We stopped at every viewpoint to admire the dramatic landscape which has been sculpted by water and wind erosion over millions of years. 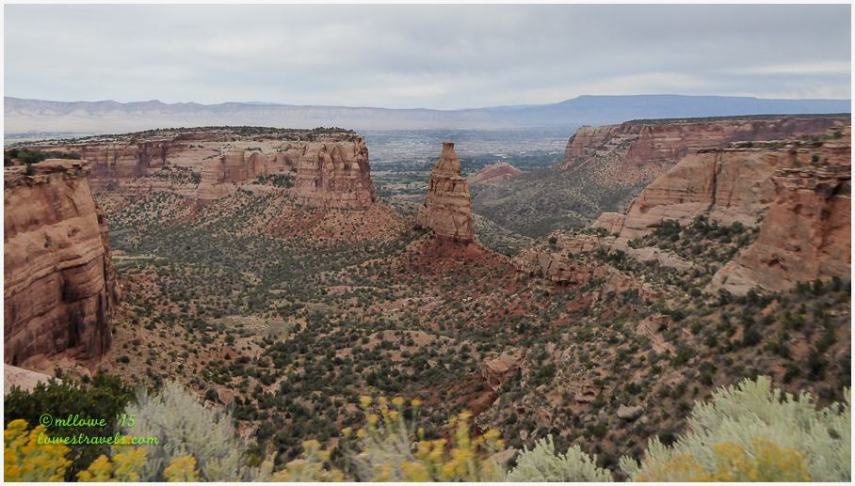 Independence Monument, at 450 ft., is the largest free-standing formation in the canyons

One jaw-dropping feature after another!

This Utah Juniper had a tough life

Balanced Rock, a 600-ton boulder, perched atop a pedestal

The purple-gray Book Cliffs, as seen across the valley from one of the viewpoints 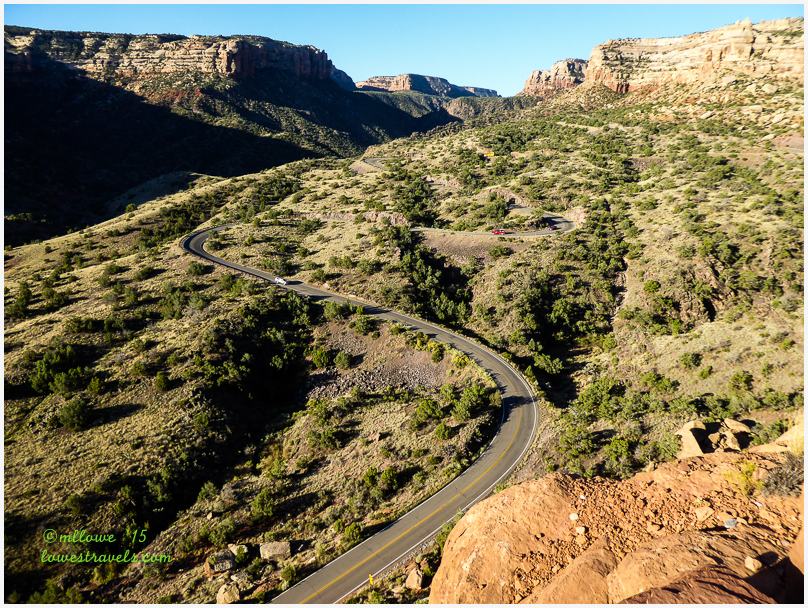 The other end of the road near the east entrance, at Grand Junction

Having seen the canyon from this vantage point, we couldn’t wait to get our hiking boots on and wander through the gorgeous canyons from down below!

Categories: Colorado, Where we have been