I survived the brutal heat and humidity during the three weeks I spent in Moalboal, my hometown on the island of Cebu in the Philippines.  Whew, summer in the Philippines is like living inside a broiler oven 24 hours a day, not to mention the ever-present humidity and stickiness on the skin.  But I endured it for the love of family, and to attend other festivities there – birthdays, reunions, a town fiesta and a wedding!

Celebrating my mother’s 97th birthday was every bit a good reason to return back home, even though Steve and I had visited her just a few months before.  The multi-day event began with a group of friends serenading her at dawn on her birthday, and continued with a tribute to her a few days later when everyone from abroad had arrived.

The birthday girl at 97!

Many of you know I come from a family of twelve, me being the eleventh child.  My dad passed away in 1969 and my mom was left behind to support and send all of us to school on her meager salary as a public school teacher.  She has always been the glue that holds us all together, and I have to say she is one amazing woman.

It was cheaper by the dozen then, and my parents produced an equal number of boys and girls! That cute girl striking a pose in the front row is me

During all of these subsequent years my family has multiplied and lived in different parts of the Philippines and other countries.  We always look forward to big family gatherings and re-connecting again, along with getting to know new additions to the family tree.  We dubbed this family event the Em Mo Sandalo family reunion, Emiliano being my dad’s first name and Monica my mom’s.

The amazing mother with “only” nine of her brood (three could not attend), 54 years after that first family picture was taken

The descendants of the Emiliano and Monica family tree have continued growing, as shown in the group picture below.  About a third of the family could not attend this gathering: 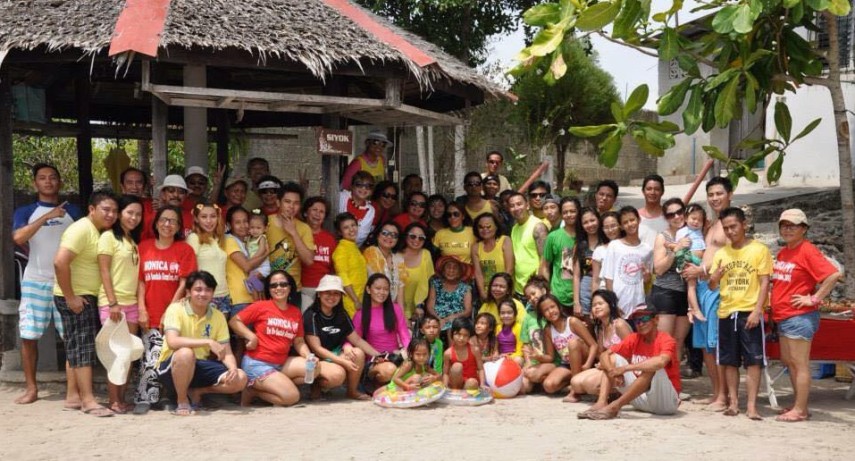 A family this size required a two-day family event – one day at the beach which the second generation sponsored, and a second gathering at the ancestral home sponsored by the grandchildren.

Despite the sweltering heat, the beach bash was a great success with plenty of food to go around and activities for all age groups.

The family reunion at the beach 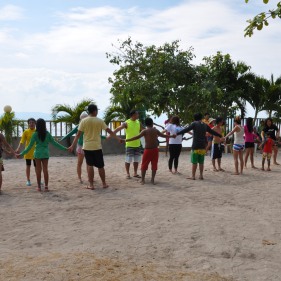 Tug of War for the boys

Not to be outdone, the grandchildren sponsored a Mexican Fiesta-themed gathering the following day that featured a huge food spread.  All of the eating was followed by a night full of karaoke singing.  Many Filipino homes have a karaoke machine or a “Magic Sing” microphone, which is a digital device that turns a television into a karaoke machine. This entertainment is often featured at family events, and our gathering was no exception.  As always, there were “aspiring” singers and then there were talented singers. 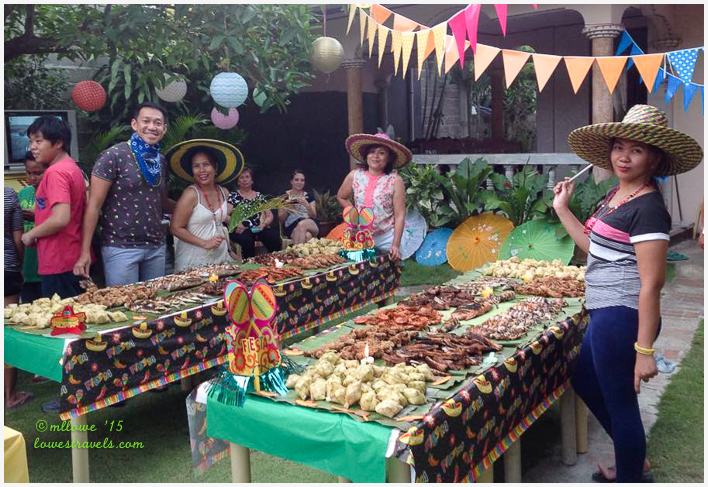 A spread to feed an army – a table full of grilled seafood, pork ribs, chicken and hanging rice (puso)

Mother was truly touched on this evening.  She was full of happy emotions as she watched her grandchildren and great grandchildren dancing and singing to pay her a tribute.  It was a night full of fun, laughter and much happiness. 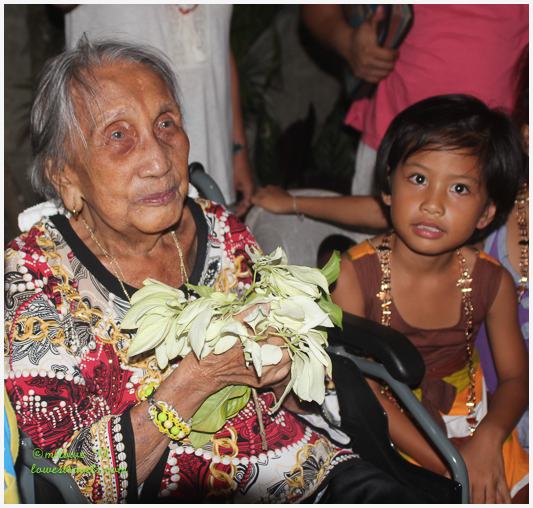 Our family reunions are always a time to rekindle ties and refresh relationships, especially for those of us who now live outside the Philippines.  Each passing year yields one or more additions to the family, either by birth or by marriage, and our gatherings are often the only chance we get to meet them.  We always look forward to seeing each other again!

Belting out a tune 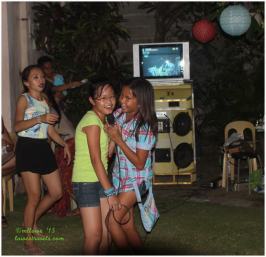 The little ones getting into the spirit

What made this gathering so special was that our Father Director from my school was also in attendance.  His mentoring and training had a big impact on my career and life in general.  I was very happy to see him again after 41 years!

In sweltering heat, wearing makeup and dressed to the nine’s, I traveled to another island in Dumaguete City to attend my nephew’s wedding.  This was also a great occasion for meeting cousins from distant islands.  In Dumaguete City I met with my first cousins whom I used to visit with my dad in my younger days.  I had not seen them since my dad’s passing, and it was so great to catch up with them again! 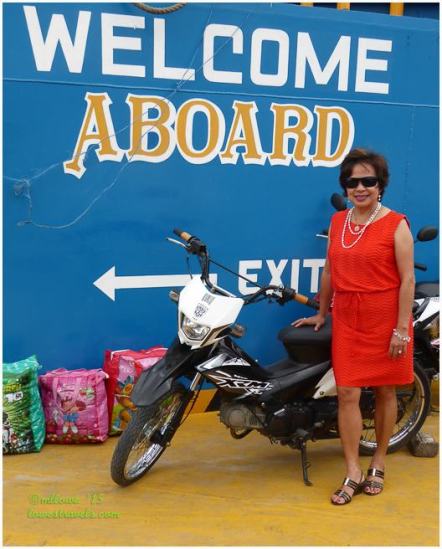 All of the festivities made the three weeks fly by.  As hectic as my schedule was and as hot as the days were, being able to bond with family and reunite with cousins and high school classmates made this visit very precious for me.

Categories: Philippines, Where we have been