Pop quiz – Can you name all of the Great Lakes?

If there were a game show with “Name all of the Great Lakes” as the deciding question to win, I would have lost a few months ago.  Before we came into this area for the first time, I only knew there are several of them – but I wasn’t exactly sure how many, let alone where they were all located.

One of the wonderful things about our current lifestyle is that we are able to actually experience places we’ve previously only learned snippets about via books, TV or the Internet.  In this case, we spent several weeks this summer (and a couple last summer) getting to know – and actually touch – all of the Great Lakes.  Now we have no excuse to NOT know them all well!

So, can YOU name all of the great lakes before reading on – no peeking!

And a couple of bonus questions:

Which state is bounded by the most (and how many) of the Great Lakes ?

Map of the Great Lakes

I’m sure all of our friends who are/were teachers or historians got the answers, right?  Here are a few fun facts I gathered during our visit in the region:

Here are a few tidbits I picked up about each lake, from the long list I read at the Soo Locks Visitor Center:

A shot taken during our stop at Old Fort Niagara, NY

Viewed from our site at Lake Erie State Park, NY

A view from Cave Point, WI

And the grandest of them all…Lake Superior –

Finally, the answer to the last bonus question – Michigan is bounded by four of the great lakes.  The only lake it doesn’t touch is Ontario. 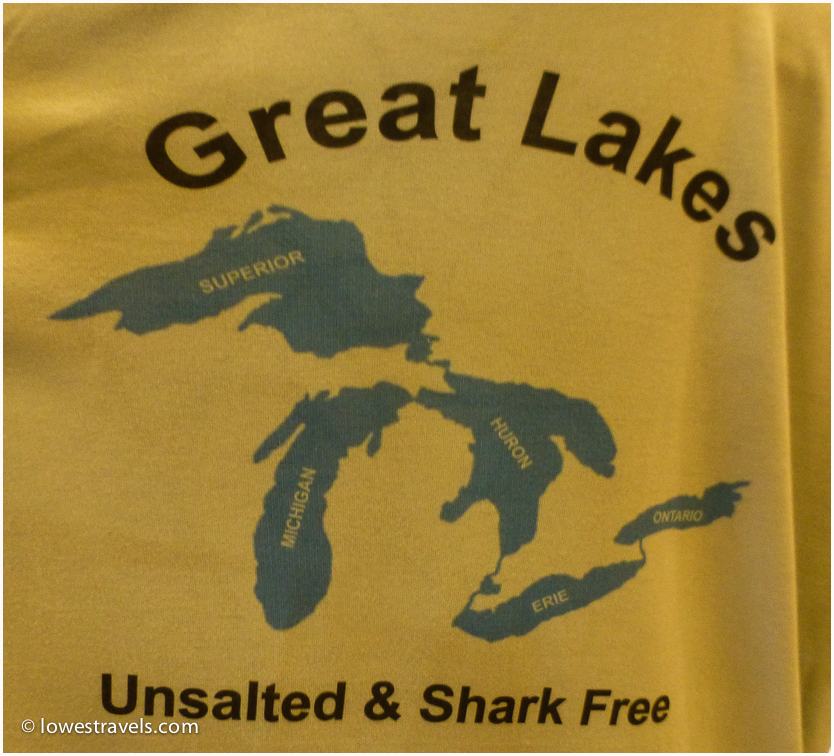 They may be shark free, but they aren’t shipwreck-free!

Although naming the Great Lakes won’t make me a Slumdog Millionaire nor a lake expert, I can easily name them now – with a vivid picture of each in my mind.  I hope you passed the quiz and learned something new!