With Steve’s mini-project out of the way, lets talk travel again!

I was surprised to learn before we arrived at the Great Smoky Mountains National Park (GSMNP) that this is the most-visited National Park in the USA.  Hmm… and all along I thought that honor went to my favorite – Yosemite National Park in California – which is ranked third.  And I was pleasantly surprised when we drove right into the park without encountering a gate with someone collecting fees.  Entry to this park is FREE!

Perhaps that’s one reason it’s the most visited park, but another is its proximity to several major eastern urban centers in 2/3 of the states that surround it.  The fact that this park offers fantastic scenery, accessible wildlife, a sense of history and many outdoor activities no doubt contributes to its popularity as well. 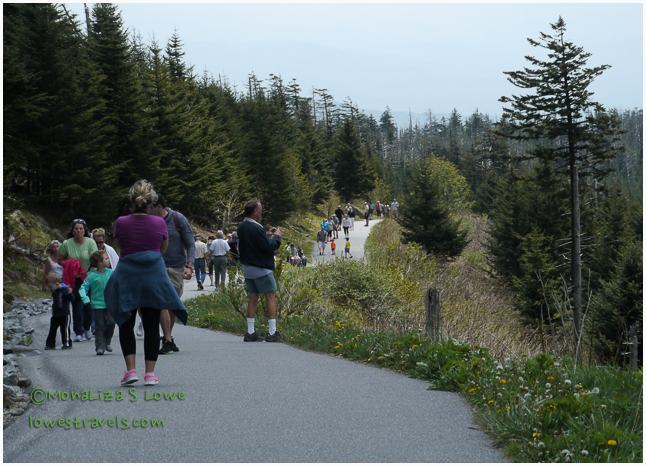 Lots of visitors on the Clingman’s Dome trail, even before the Memorial Day weekend hit

The Great Smoky Mountains National Park was first established in 1934 as a way of protecting it from logging companies which were planning to continue logging the area.  It straddles the ridgeline of the Great Smoky Mountains, a mountain range rising along the Tennessee–North Carolina border.  That border runs northeast to southwest through the centerline of the park, and I had to pose at Newfound Gap Road on Highway 441where the two states meet:

The land that became the Great Smoky Mountains National Park was owned by hundreds of small farmers, plus a handful of large timber and paper companies.  They were all bought out with the support of the people of North Carolina and Tennessee, and a donation from Laura Spelman Rockefeller. When the state of Tennessee transferred the land to the federal government, it stipulated that “no toll or license fee shall ever be imposed…” to travel the road.  Hence, no entry fee – that works for us!

So the next obvious question is why are the mountains called Smoky Mountains or “the Smokies”?  Settlers coming to this land noticed a smoky haze that rose from the vast vegetation and decided on the perfect name: the Smoky Mountain Range.  But here is the more scientific version that I gathered from the Visitor Center; Water carried through plants is released through the leaves as a vapor.  The vapor from the conifer trees of the Smokies contains terpenes, an organic chemical.  As the vapor is released, the large amount of terpenens create the smoke-haze, or mist, that gives the mountains their name.  You can clearly see the haze below: 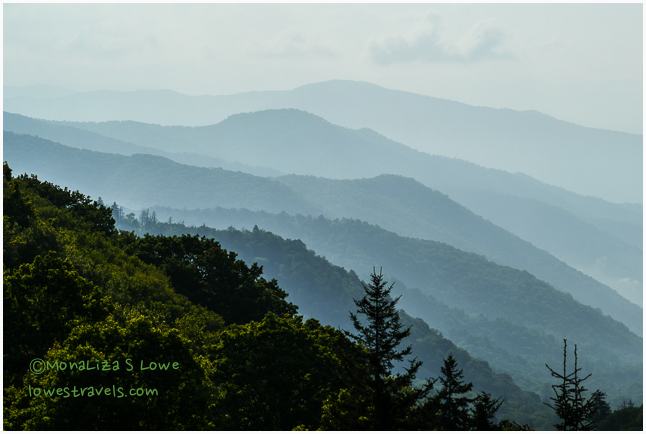 Yep, those are the Smokies!

We accessed the park from the town of Cherokee, which is located in North Carolina just south of the park.  Our home base for almost two weeks was the Flaming Arrow Campground, which was about five miles from the park entrance.  Steve’s review of this nice park can be viewed here. 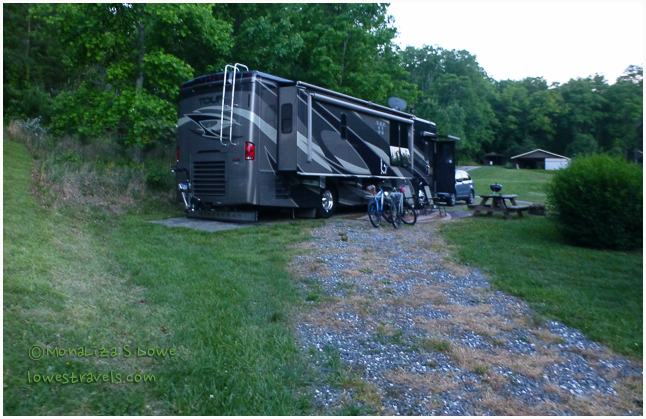 During our twelve-day stay here we took several scenic drives, and hiked to our heart’s content.  The scenery was diverse – mountain views, old-growth trees, waterfalls, streams, and more shades of green than we’ve ever seen.

No elk here, but we finally saw one elsewhere in the park

Our first excursion was to the very top of the Smokies.  At 6,643 feet, Clingman’s Dome is the highest mountain peak of the Smokies and one of the highest peaks in the eastern United States.  The trail to the observation tower was steep and a real lung buster, as it gets chilly up there.  It’s about a half mile ascent from the parking lot to the top, and a pretty good workout.  This is a very popular stop, and it was getting quite crowded already even in the early  morning and before the holiday weekend. This is the most visited park after all! 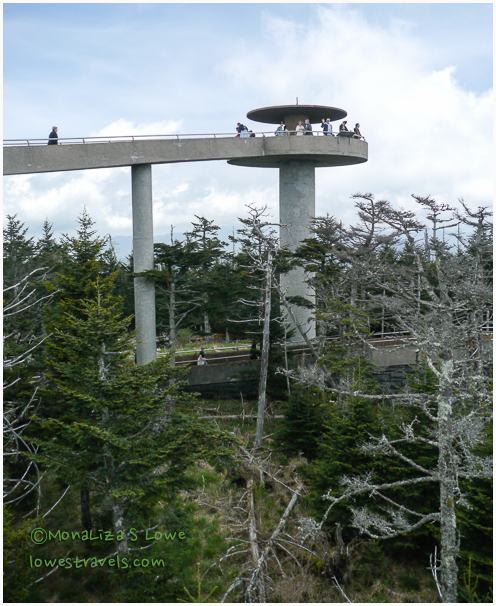 The trail was so steep that this man thought it might be too much for his chubby dog to handle!

The observation tower provided us with great panoramic views of the Smokies.  Although not as spectacular as the towering mountain ranges we experienced in Alaska,  or at the Top of the World in the Canadian Yukon, the Smokies definitely had their own unique and magnificent beauty. 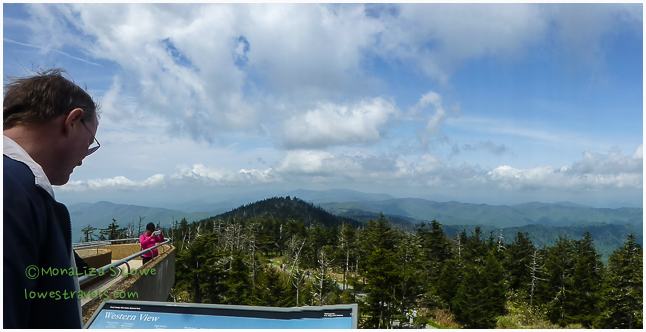 Great Smoky Mountains National Park is a hiker’s and mountain lover’s paradise, with something like 800 miles of hiking trails to explore.  And that’s where we’ll take you next…our hikes and the many eye-catching views along the way.

Categories: North Carolina, Where we have been 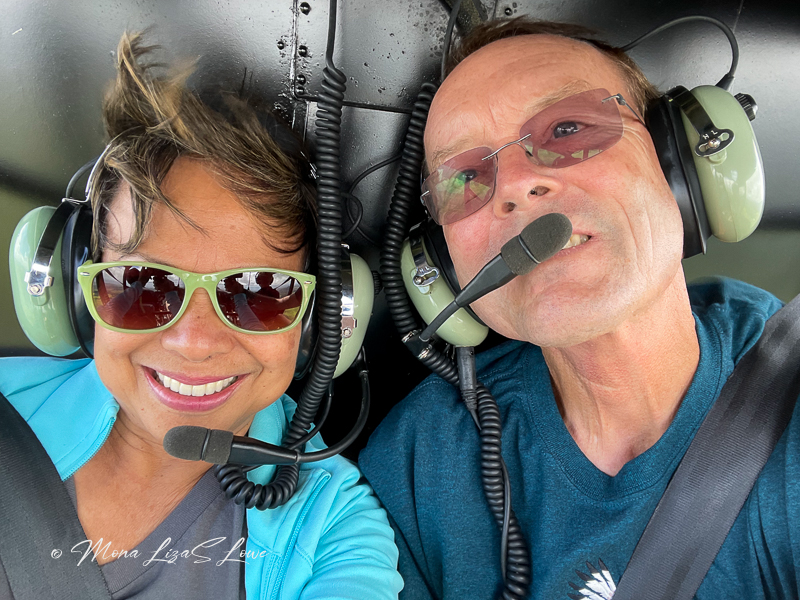