On this exciting leg of our trip, we so much enjoyed the vast green vistas as we chugged along into Pennsylvania.  We were amazed as we appreciated the cornfields, the gorgeous farms with huge grain silos, the rolling hills and all of the blooming wildflowers. Just beautiful! 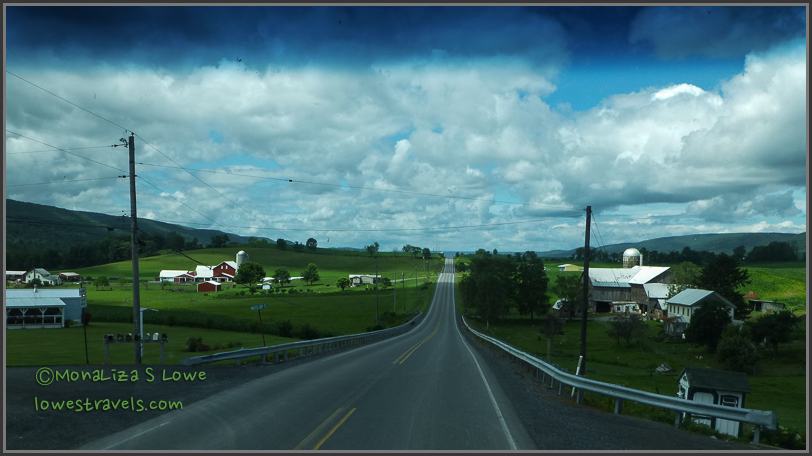 Then we came across these signs along the road.  They were spaced at fairly close intervals along PA147N  highway: 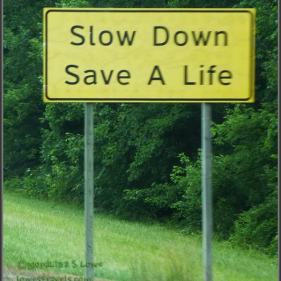 And how about this one:

Finally, on I-80W another reminder:

We met Steve’s friends from his old days at Lawrence Livermore National Lab (Mike and Sue) for dinner in Wilkes-Barre and had a great time with them.  Since they are long-time Pennsylvanians, we asked about all of those strange signs.  What’s up with that?

With Mike and Sue

They told us that Pennsylvania drivers are really bad!  That bad?  Maybe, so I asked our blogger friends from Oh the Places they go, who are also from PA, to comment about that.  We’ll see if we hear back from them.

If you’re a chocoholic traveling through Pennsylvania, then a stop at Hershey is in order.  Growing up in the Philippines, a bar of Hershey’s chocolate was like a manna from heaven.  This was another one of those “I’ve got to see it” places.  Well, we were not disappointed.  Hershey is not just a chocolate factory, it is a town, a school, a botanical garden, an arena, a theme park, a hotel, a spa, a theater and much more.  These and other accomplishments were all things Milton Hershey brought to the dairy region of Pennsylvania when he created Hershey, the chocolate center of America.

At the heart of the town was the chocolate factory, a huge brick building nestled in the shadows of two smokestacks, where cocoa goodness wafted out into streets and homes for many years.  However, we learned during our tour that the factory has been moved to a modern facility down the road which has doubled their output.

When Milton Hershey died in 1945 at the age of 88, a chocolate bar had carried his name around the world and made him a legend.  What struck us most is that he failed financially several times before he managed to build his empire.

Our lesson at the “Hershey University”

Our “tasting board”. Serious stuff!

Steve and I were jumpy and hyper from all the chocolate we had consumed during the various tours, and we were starving.  Searching for food, we stumbled upon a brewery along Hersheypark Drive and decided to check it out.  We were very glad we did, because the independent craft brewery called Troeg’s turned out to be a neat place with good food and a nice self-guided brewery tour.

A cool snack place at Troegs 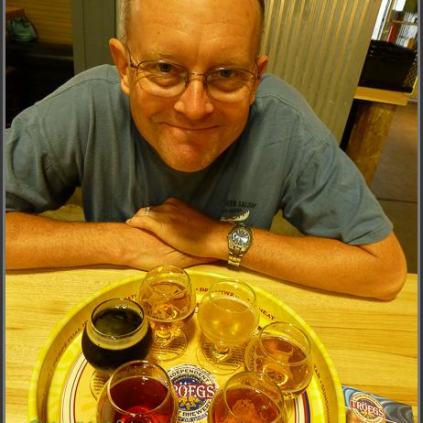 Yum, which sample to try first? 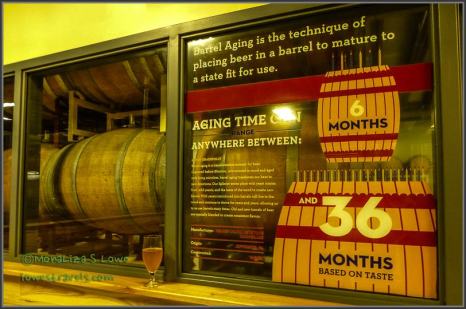 Aging beer in wood barrels adds complexity to the flavor

Nice displays on the self-guided tour

On this stop we stayed at Western Village RV Campground at Carlisle, PA, and at Yogi Bear’s at Shangri-la in Milton, PA.  Check Steve’s camp reviews here if you are interested.

Next Up:
Hitting more trails in PA!

Our upcoming stops – tell us about any “must do” tours, excursions,
restaurants, etc. you’ve enjoyed at these places, so we can check them out:

Categories: Pennsylvania, Where we have been