London Bridge is falling down,

London Bridge is falling down,

I’ll bet you were humming while reading the rhyme or imagining the game associated with it.  This rhyme is based on one of the most famous landmarks in London, the London Bridge, which underwent several rebuilds during its centuries there.  In the 1960s there was a plan to demolish the existing bridge last rebuilt in 1831, and replace it with one that would withstand the impact of heavier vehicle traffic.  Instead of demolishing it, the City of London put it up for sale in 1967.  The winning bid was made by Lake Havasu City founder Robert McCulloch in 1968, at $2.460M.  As the bridge was disassembled, each block was meticulously marked and numbered, then the whole thing was shipped to California and trucked to Lake Havasu City.  The bridge was reconstructed block by block and rededicated in Oct 1971 at its new home, Lake Havasu City, Arizona.  The London bridge did not fall down, it got sold and moved!

With its natural surroundings and open skies, biking and hiking trails are abundant and these are activities we never pass up.  We enjoyed the hiking trails at SARA (Special Activities Recreational Area) Park, where we hiked the trail through the “slot” canyon simply known as the “The Crack.”  This slot canyon was formed by water drainage that carved its way through mountains and snaked around ridges, then emptied into Lake Havasu.  On another day we followed the Lizard Peek Trail, a strenuous hike to an elevation of 1370 ft, where a lone picnic table was placed.  In addition to the fantastic 360° panoramic view of the Lake Havasu area, we also saw an 80-foot-long lizard geoglyph from up there. 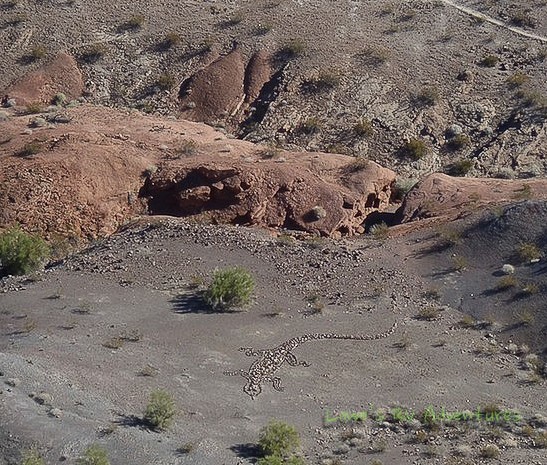 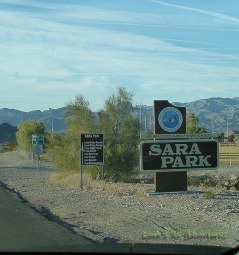 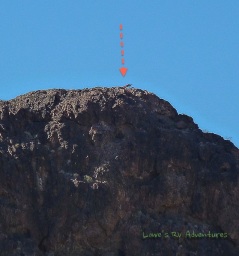 Lone picnic table at the top 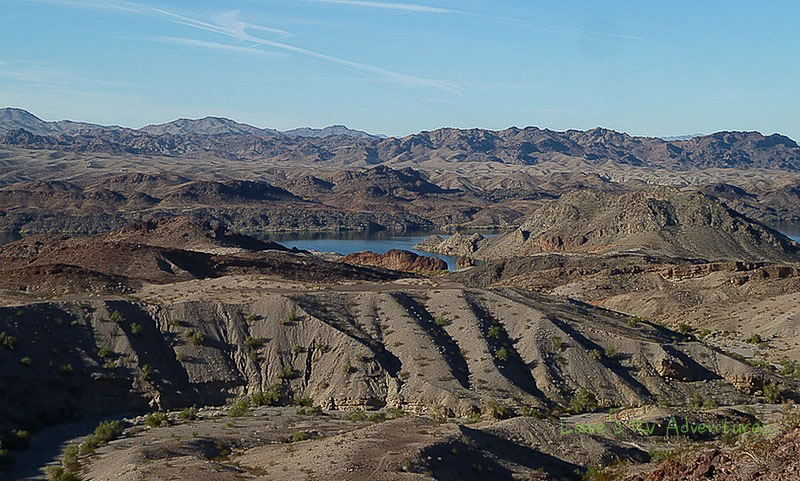 With daily doses of sunny skies and clean air, we also hit the biking trails.  We took the 8.5 mile trail that parallels Highway 95 – a tough one for its gradual ascent when riding toward the south.  Another day we rode the 3.6 mile loop of the Island Trail.  Except for riding across the London bridge, that trail was not as scenic but we got a good workout by doing several laps around it.

And for the first time since we started living on the road, we went to the movies – not one, but three!  How could we pass up the $5 per movie deal?  We stayed here for 2 weeks, so there was plenty of time to get caught up on the current flicks.

On this stop we parked at Cattail Cove State Park, 14 miles south of Lake Havasu.  We liked it a lot and will tell you more about it on our next post. 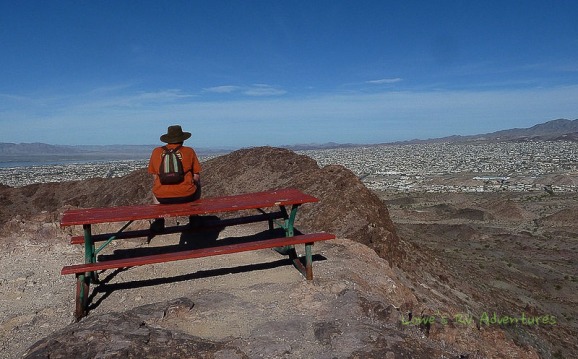 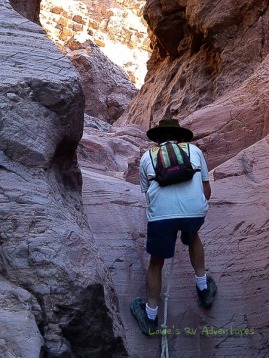 Oh there is a rope…

Coming out of the narrow canyon

Observing the cracks in the canyon

Another trail to Lake Havasu 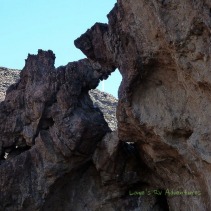 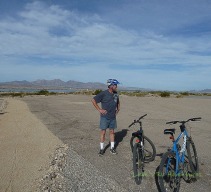 Riding around the Island Trail

Looking down at the lake